Ali Cherri is taking part in the exhibition The Park: Becoming a Body of Water, one of the exhibitions of “Traits d’union.s”, the central program of Manifesta 13 Marseille.
This exhibition will look at the links between nature and culture, between human beings and other living creatures, based on the history of the two museums. The artists involved in this project are Minia Biabiany, Center for Creative Ecologies (collective composed by Isabelle Carbonell, Hannah Meszaros Martin, T. J. Demos), Ali Cherri, Peter Fend, Mathieu Kleyebe Abonnenc, Amy Lien & Enzo Camacho, Reena Spaulings.
Musée des Beaux-Arts and Museum of Natural History, Marseille, France

“An evening that takes us from Beirut, Lebanon’s Beqaa Valley, Gaza and Jerusalem to Spitsbergen, Iceland, Brittany and the Mojave Desert. Featuring films by artists who look at landscapes from the perspective of recollection and exile, such as Basma Alsharif’s experimental film Ouroboros (2017) and Mira Adoumier’s visual essay Errans (2019)”
The evening is curated by Nat Muller, guest curator of the exhibition “Trembling Landscapes: Between Reality & Fiction”. With an introduction by Lara Khaldi. Followed by a Q&A with Basma Alsharif. 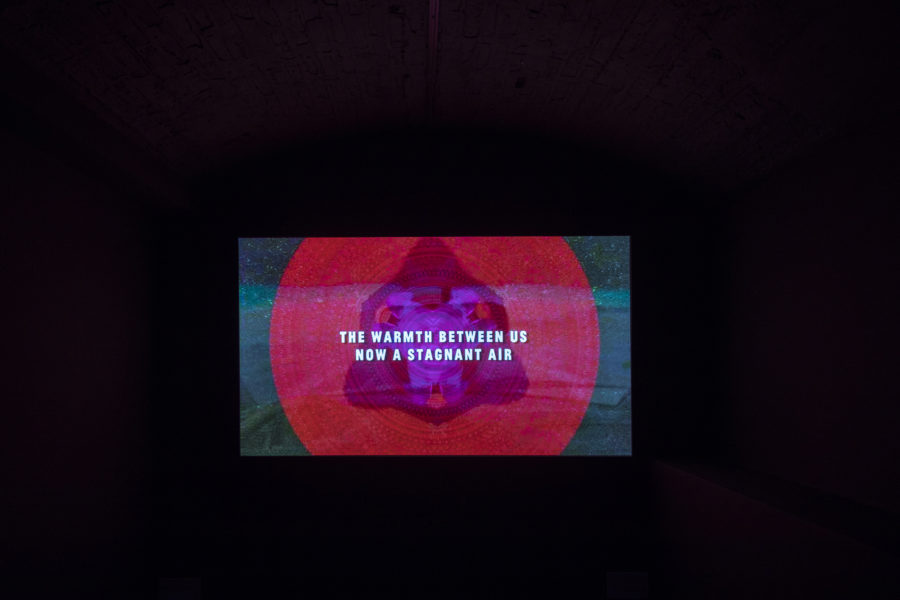 Mohssin Harraki is taking part in the collective exhibition Infinie Liberté, a contemporary art exhibition and the heart of the Resurgence project set up by the Causses and Dordogne Valley community of municipalities.
The 2020 edition is entitled Infinie Liberté. It will honour the avant-garde figure of Nancy Cunard and her struggles. The selection of around forty works focuses on committed artists, dealing with human rights and social inequalities. Infinie Liberté is made up of works on loan from the Frac Nouvelle-Aquitaine MÉCA, which this year is signing a partnership as part of its Vivantes! exhibition sequence, a programme devoted to the place of women in art and its history. 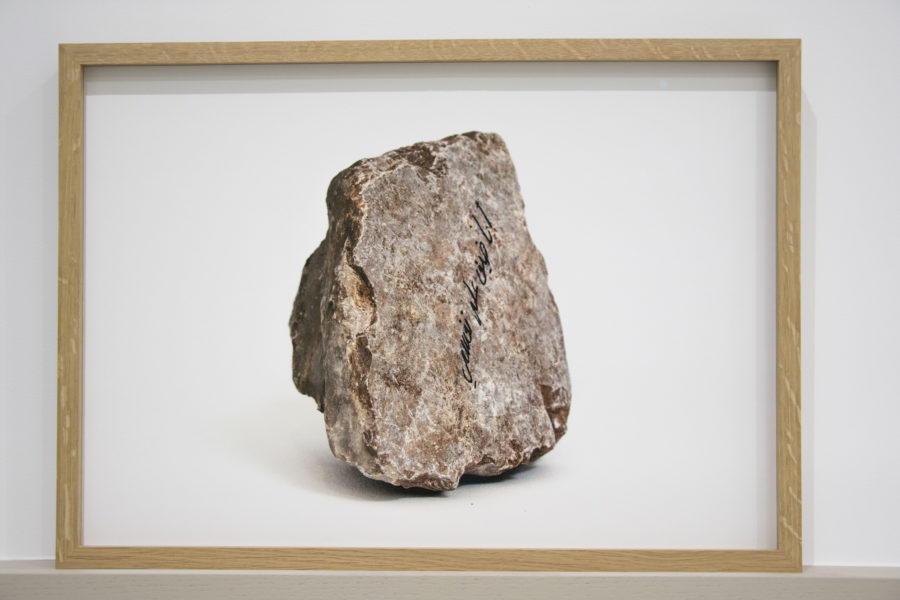 Ali Cherri participates in the collective exhibition Comme un parfum d’aventure at macLYON, cur. by Marilou Laneuville and Matthieu Lelièvre.
“”With a Hint of Adventure” is an exhibition directly inspired by the recent collective, worldwide experience of confinement, which was imposed more or less simultaneously for health reasons on the majority of people on the planet. Its main thrust is an exploration of the question of travel, whether impeded or imposed, voluntary or provoked, individually or in a group, and the consequences of it for those affected. It takes the form of an investigation across history, drawing on the collections of the Lyon Musée des Beaux-Arts and the Musée d’Art Contemporain (macLYON)”
macLYON, Lyon, France 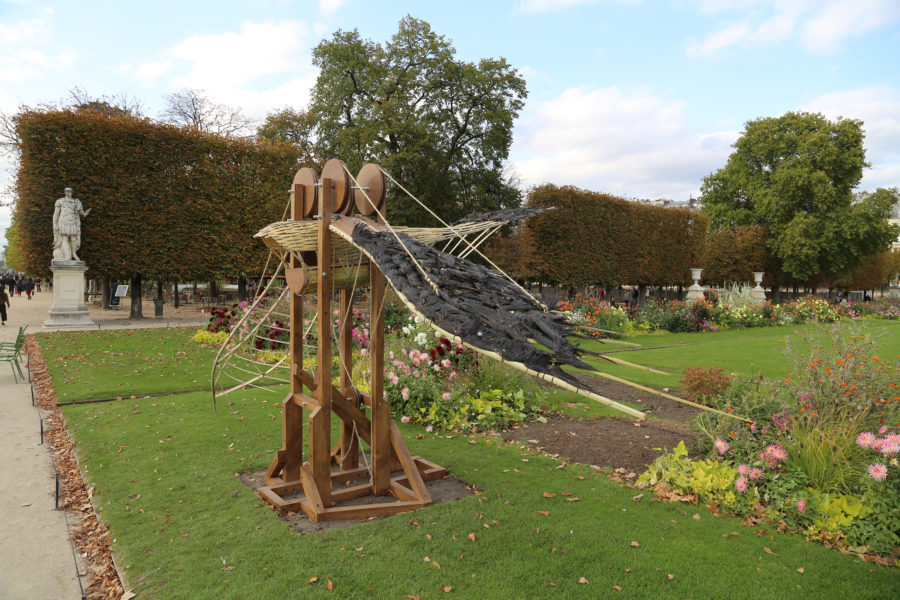 James Webb participates in Audiosphere. Sound Experimentation 1980-2020 with a new commissioned work, cur. Francisco López.
The exhibition “looks to cover an historical and cultural void in terms of the recognition, exhibition and analysis of a key part of the recent changes that have taken place in the artistic conception of sound creation.”

The Rmn – Grand Palais is taking part in the Africa 2020 Season by inviting the artist Sammy Baloji to create two exceptional sculptures for the pedestals of the facade of the Grand Palais, on the Champs-Elysées-Clemenceau side.

In the framework of the exhibition Kinshasa Chroniques, with Sammy Baloji, Nadia Yala Kisukidi, Johan Lagae, and Domonique Malaquais. 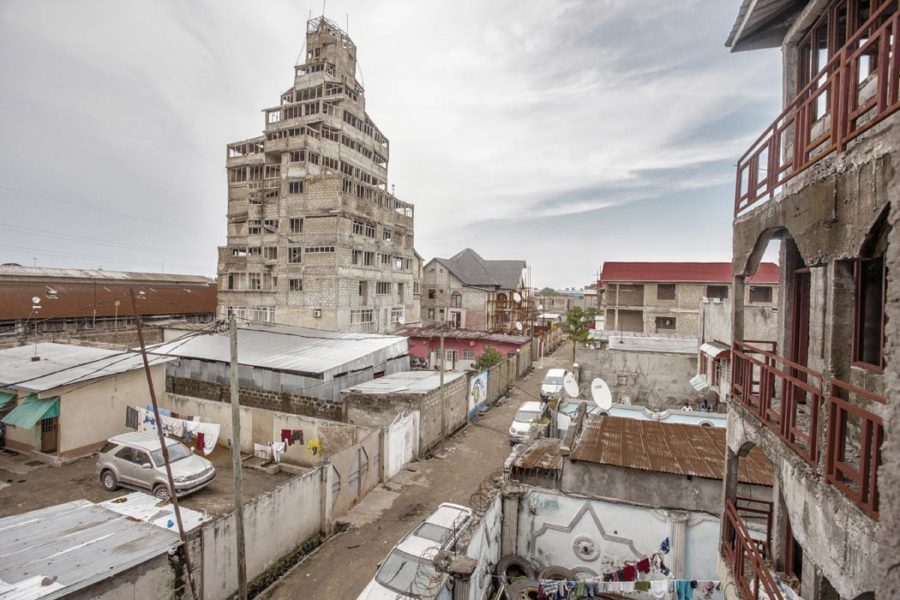 With reference to three principal works, Sammy Baloji tackles the question of transmission and genealogy by means of the Congolese rumba, the tradition of the kasala and the so-called “Indies” tapestries made at the Gobelins Manufactory between the 17th and 18th centuries.
Sammy Baloji is also the author of the visual for the 49th edition of the Festival and created the limited edition 2020 that you will be able to discover on the Festival’s online shop in the autumn.
Coproduction Festival d’Automne à Paris.
Event organized within the framework of the Africa 2020 Season, in partnership with France Culture. 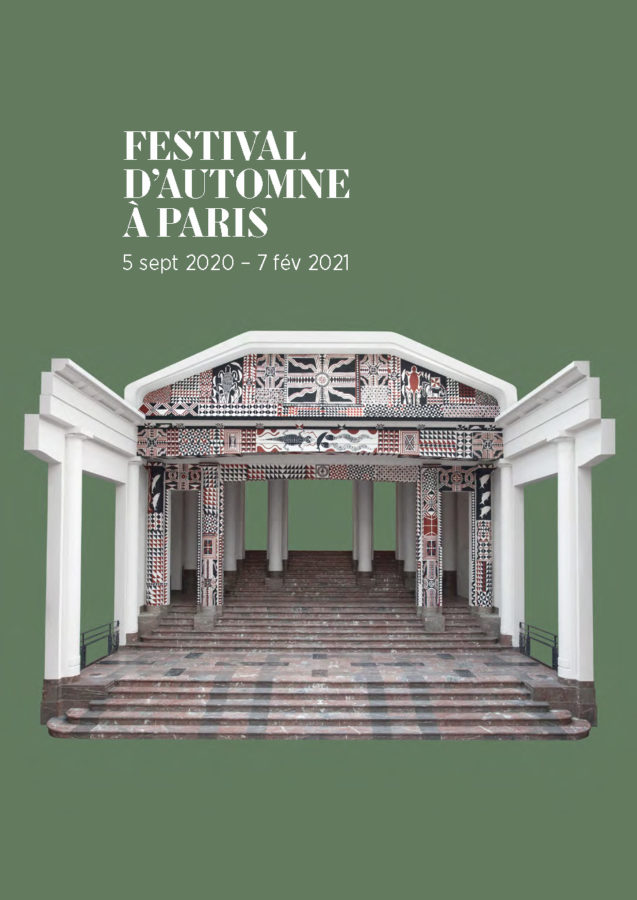 Ali Cherri participates in the next Kochi-Muziris Biennale, cur. by Shubigi Rao, with a group of sculptures from the series Grafting.

Different venues in and around Kochi, India 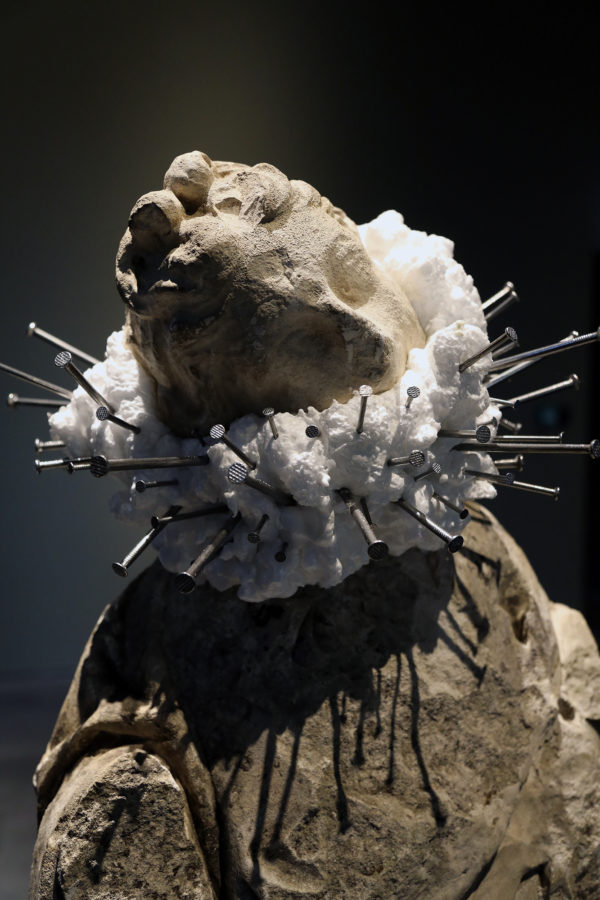 Novelist, playwright, Congolese visual artist, Sinzo Aanza, 29, knows Kinshasa, alias Kin, like no one else, the violence of his polyphonic nights, streaked with power outages.
Following a blunder by the army, it is up to citizens from a working-class district of Kinshasa to decide how much compensation each of the families of the victims is entitled to. With a lightness of touch, Aristide Tarnagda brings to the stage a caustic debate on the socio-political situation in Congo and its prevailing cynicism.
Coproduced by Festival d’Automne à Paris.
Event organized within the framework of the Africa 2020 Season. 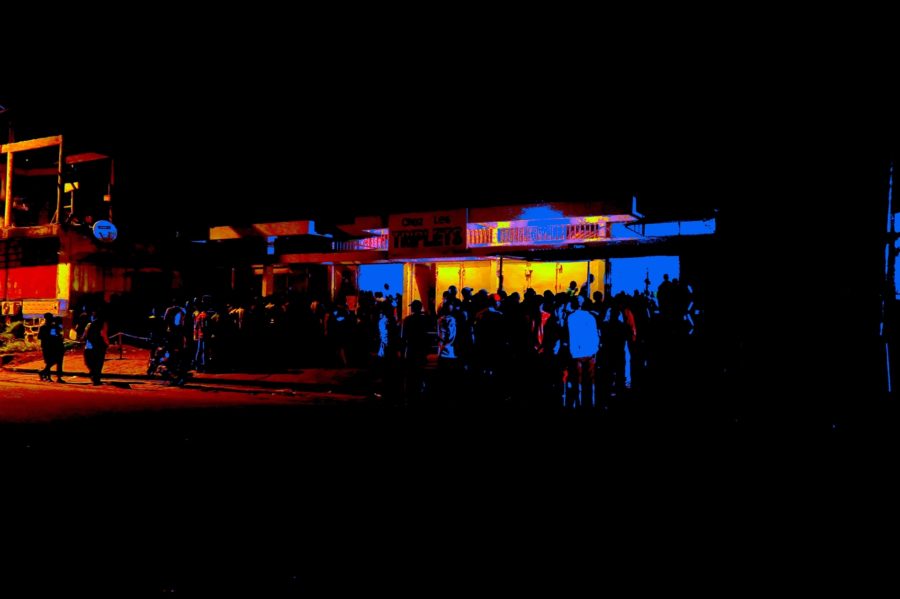 Novelist, playwright, Congolese visual artist, Sinzo Aanza, 29, knows Kinshasa, alias Kin, like no one else, the violence of his polyphonic nights, streaked with power outages.
Stage director Aristide Tarnagda, himself an author and director of the festival Les Récréâtrales in Ouagadougou (Burkina Faso) where the show was created, invited eight actors from all over Africa, but also from France, to serve Aanza’s lyrical eloquence, to bring the poet’s city to life and experience “the capacity of dreams to rob the world of its misery”. The show, originally designed to be performed outdoors, is recreated here indoors. “Que ta volonté soit Kin”, Éditions Nzoi and Passage(s), libres courts au Tarmac, 2018 (in French).
Atelier Berthier, Paris 17e, as part of the Festival d’Automne à Paris and “Africa 2020” season 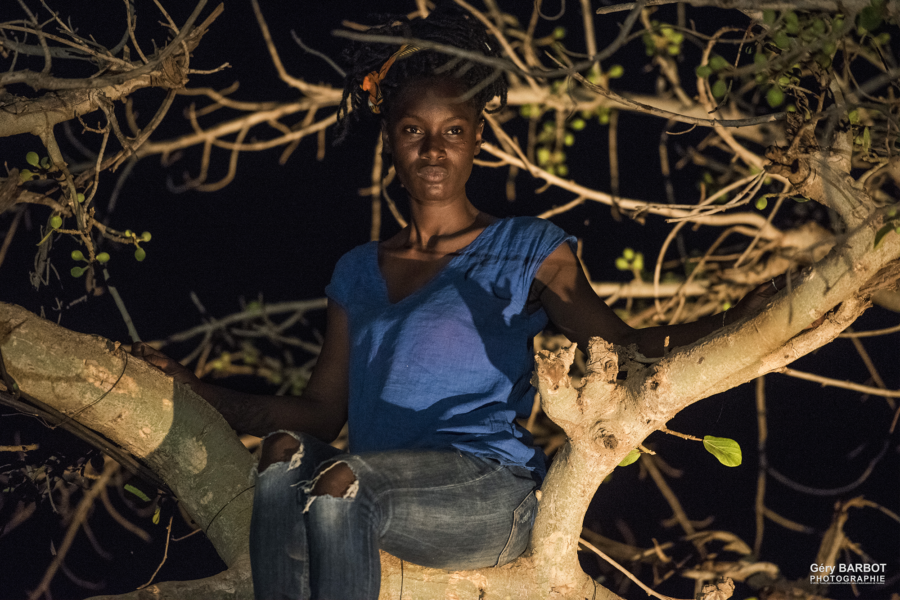 February & June 2020: sessions of Ateliers de la Biennale
January & February 2021: Biennale Yango II
The biennial will discuss new paths for art with the city of Kinshasa, whose geographical and symbolic immensity mirrors the immensity of the Congo itself, as a physical and imaginary territory, fantasized and repulsive, overwhelming and desired. Its creative energy and inexhaustible vitality are an ideal setting for artistic creation, for which the city is known as one of the breeding grounds on the African continent.
Cur. Nadia Yala Kisukidi and Sara Alonso Gómez
Kinshasa, DR Congo 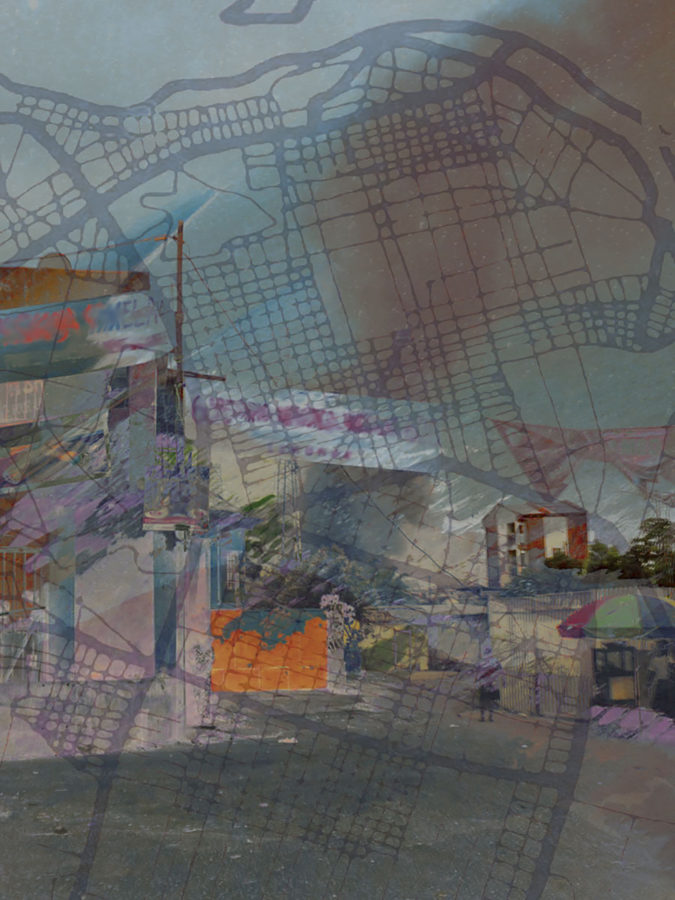 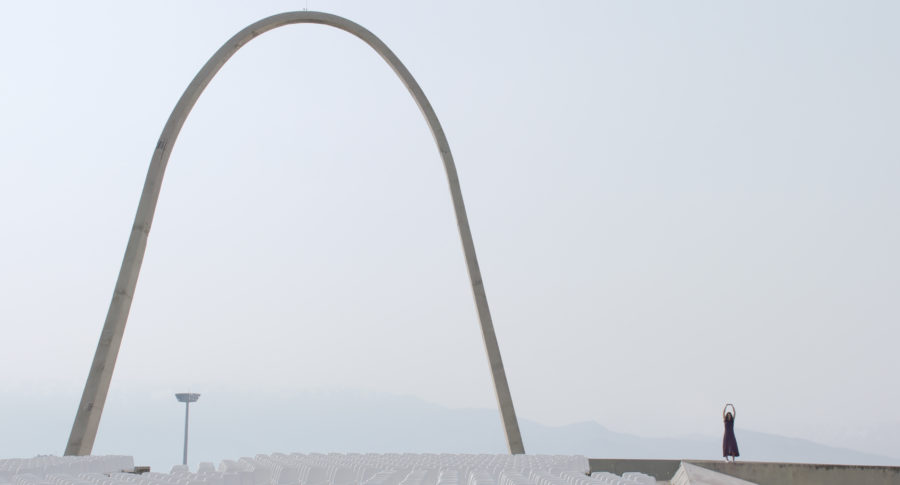 Alia Farid’s At the Time of the Ebb is part of the new collections’ display of the Bonnefantenmuseum: Beating around the bush #6: Scenes from the Anthropocene. Since 2014, the Bonnefanten has been presenting its collection in an explorative way in the exhibition programme Beating around the bush. In different episodes, both the fixed values and the ‘quiet reserve’ of the collection are brought into dialogue with new and proposed acquisitions. 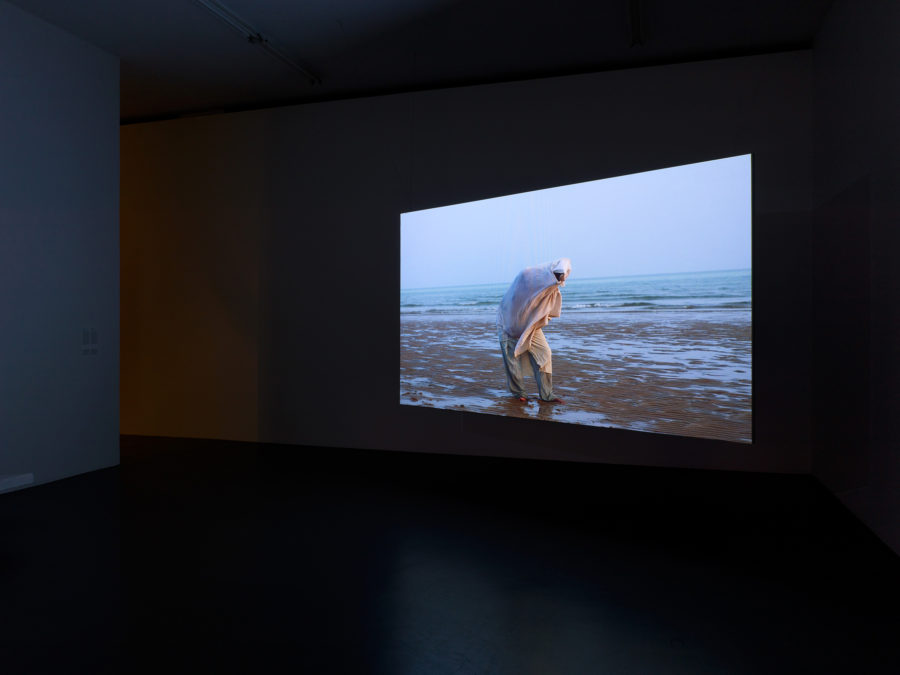 Alia Farid, At the Time of the Ebb, Witte de With Center for Contemporary Art, Rotterdam. Photo: Kristien Daem. 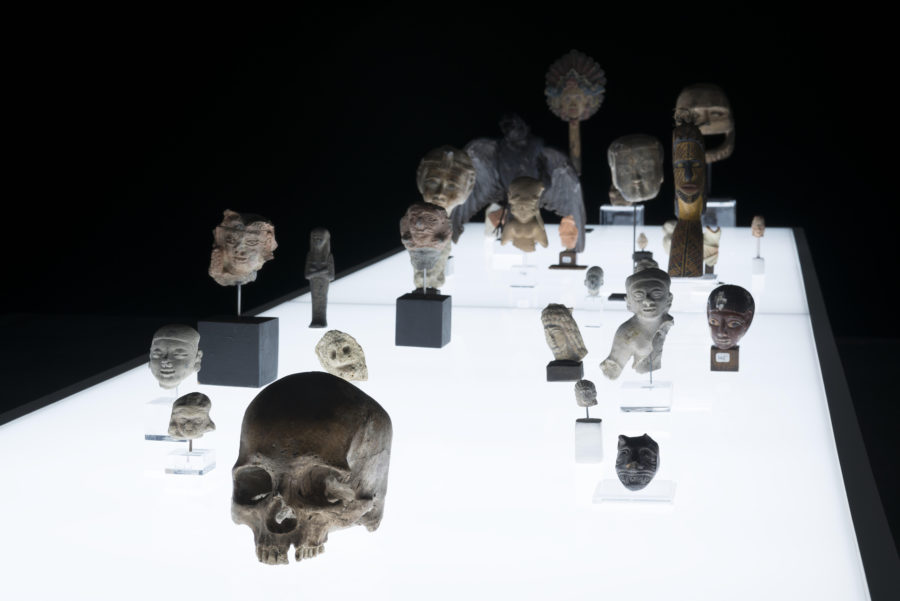 James Webb participates in freq_wave: 7 seas, a collaborative, online sound installation conceptualised and curated by Carl Michael von Hausswolff, co-curated by Alonso Vázquez, and supported and commissioned by the TBA21 Academy.
Like a sonic cadavre exquis, each freq_wave is formed from the work of 12 artists invited to compose audio pieces within separate, strict frequency bands. The pieces are made in isolation to one another and are brought together in the environment of an online mixing desk where the audience can perform the 12 compositions simultaneously. For this, the fourth iteration, all the audio has been created with, and in response to the conceptual and auditory dynamics of the Mid-Atlantic Ocean.
Participating artists: Christina Kubisch, Stephen O’Malley, Thierry Charollais, Felix Blume, James Webb, Christine Ödlund, Tim Story, Christopher Chaplin, Mike Harding, Schneider TM, Jacob Kirkegaard, and Kent Tankred. 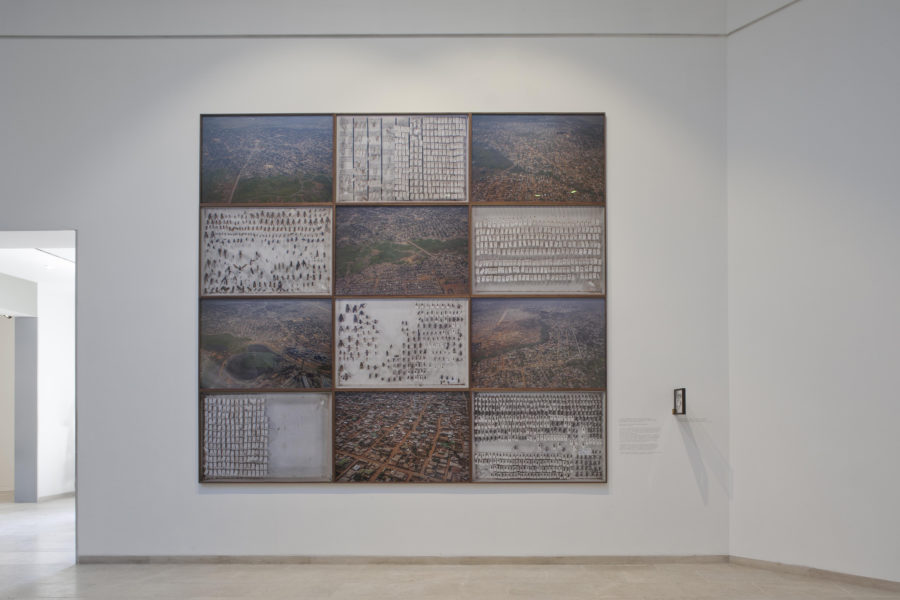 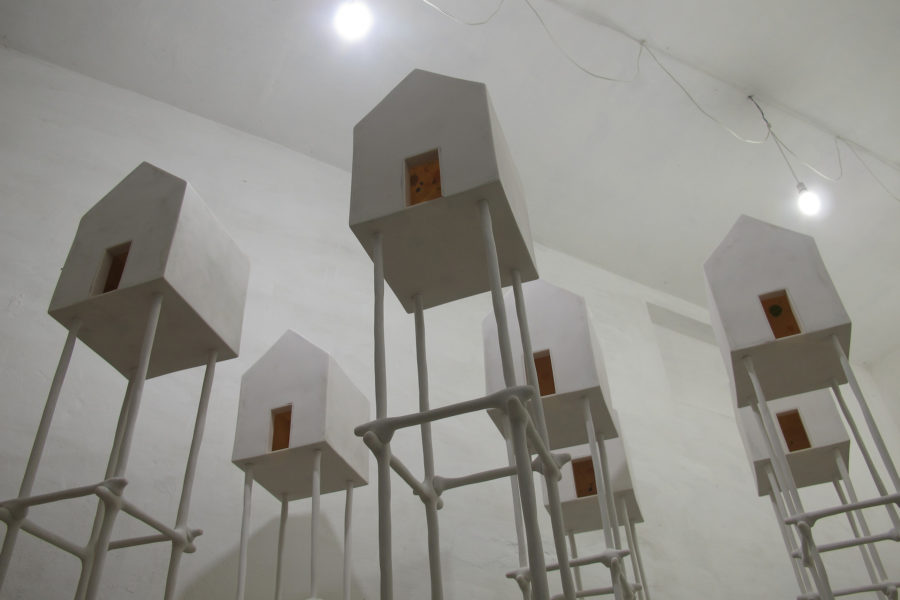 The exhibition presents works from the MMK collection ranging in date from the early 1960s to the present, including some of the museum’s newest acquisitions.
TOWER MMK, TaunusTurm, Frankfurt am Main 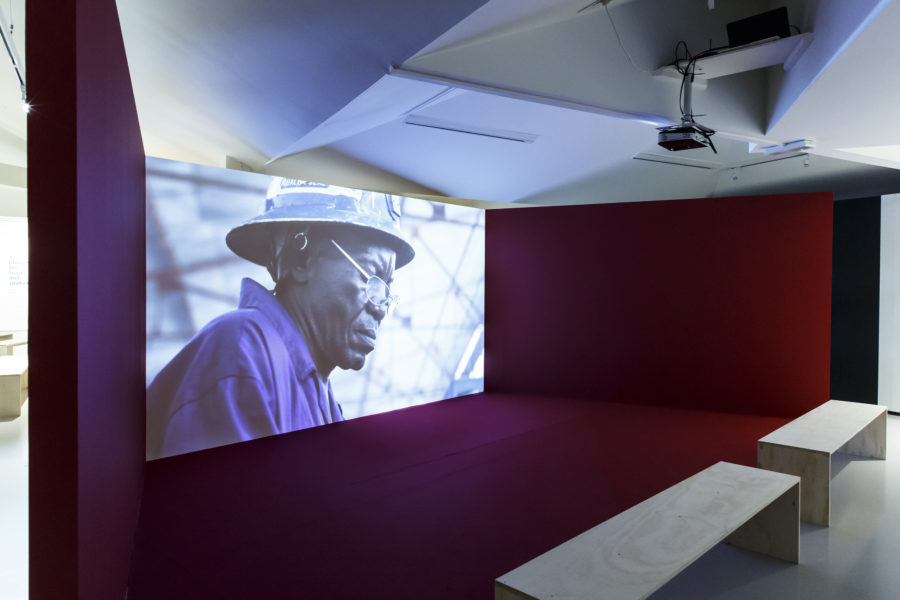 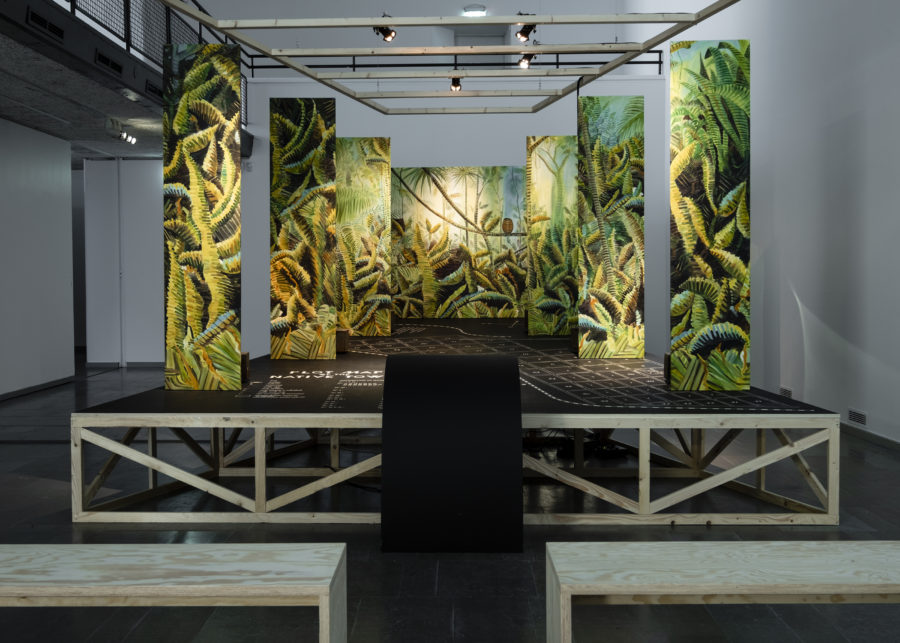 Eye presents a group exhibition that explores landscape with some of the Arab world’s most prominent artists who work with film and video. In this exhibition, the participating artists challenge and reshape views of the region by drawing on a host of complex and entangled issues, ranging from geography and conflict to belonging. Including works by Basel Abbas & Ruanne Abou Rahme, Heba Y. Amin, Jananne Al-Ani, Ali Cherri, Joana Hadjithomas & Khalil Joreige, Mohamad Hafeda, Larissa Sansour, Hrair Sarkissian, and Wael Shawky.
Curated by Nat Muller in collaboration with Jaap Guldemond and Marente Bloemheuvel. 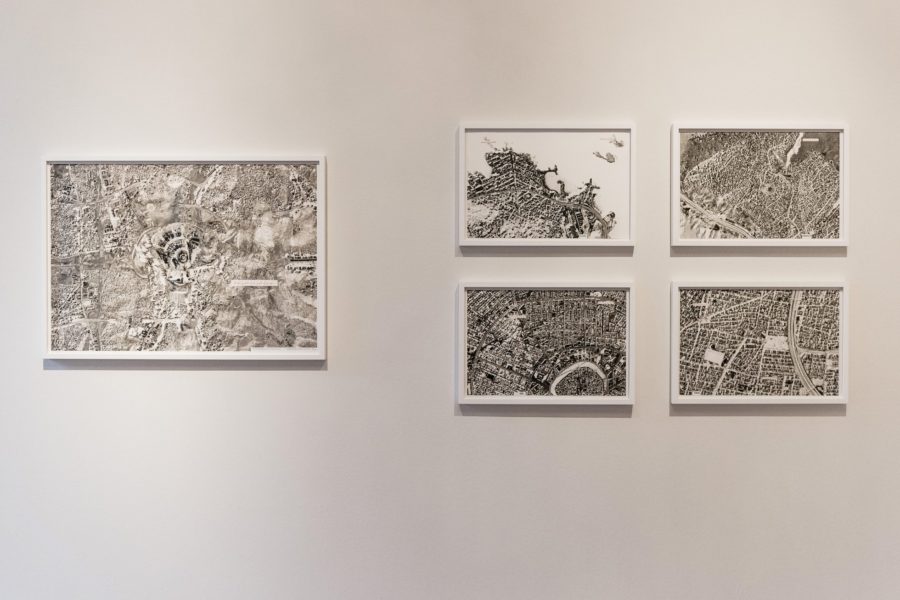 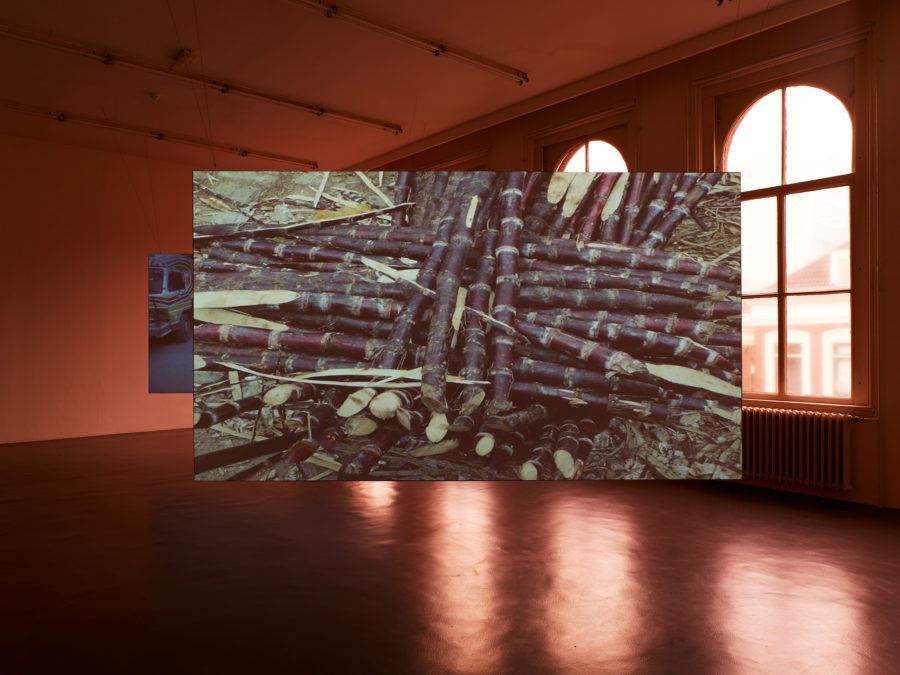 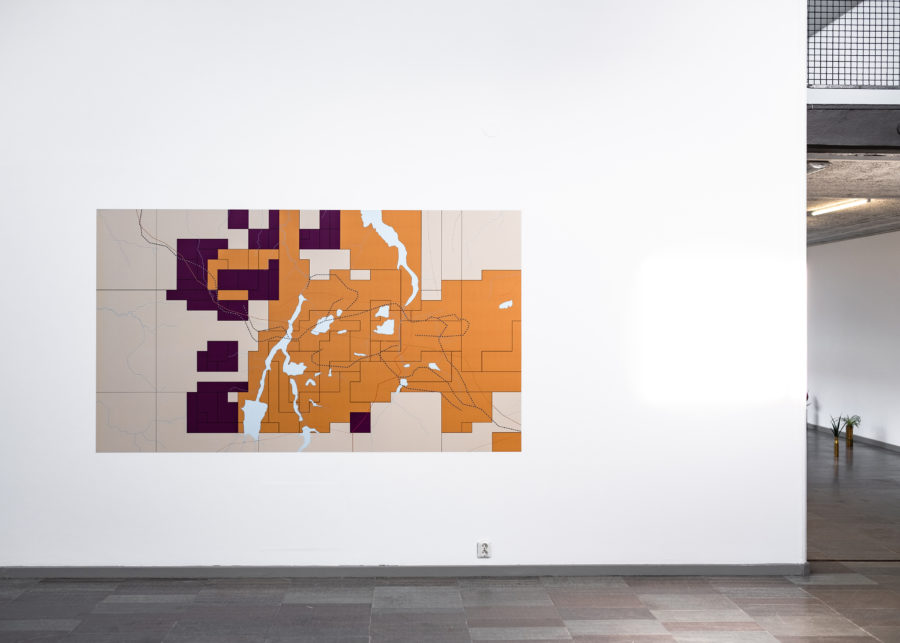 Sammy Baloji and Younès Rahmoun are taking part in the collective exhibition “Our World is Burning“, cur. Abdellah Khartoum and Fabien Danesi
The exhibition Our World is Burning offers a fully political view of international contemporary creation seen from the Gulf, where wars and diplomatic tensions have constantly determined the history of the early 21st century. The title explicitly refers to the human disasters generated by the successive conflicts in this region, while bringing in as broadly as possible the ecological catastrophes…
Palais de Tokyo, Paris, France 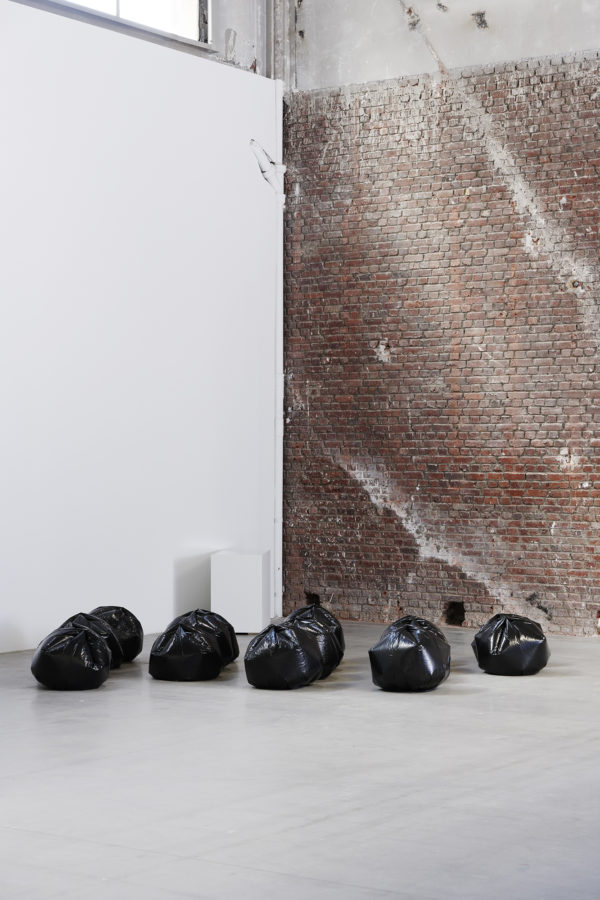 Ali Cherri is taking part in the exhbition “Orientalism, The construction of images of the Near East and of North Africa (1800-1956)” at IVAM, l’Institut Valencià d’Art Modern, cur. Rogelio López Cuenca and Sergio Rubira.
“This exhibition seeks to analyse and question some of those commonplaces in the images that were produced between the time of the Napoleonic campaign in Egypt and Syria (1798-1801) and 1956, the year when Morocco and Tunisia gained their independence. The show highlights the way in which avant-garde movements established relationships with Oriental “exoticism” in their attempt to break away from the canon of tradition.” 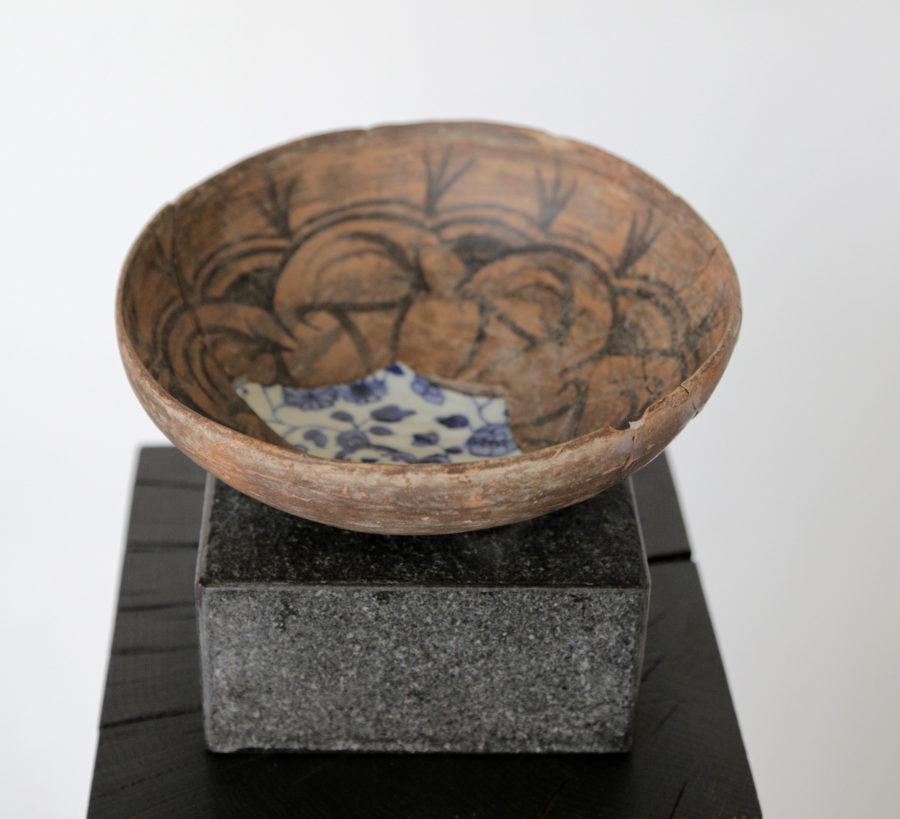 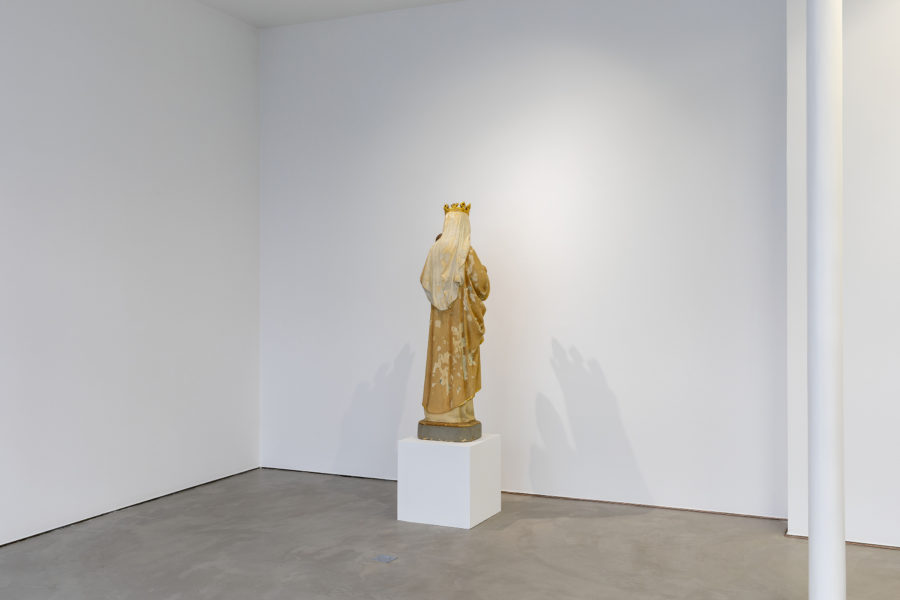 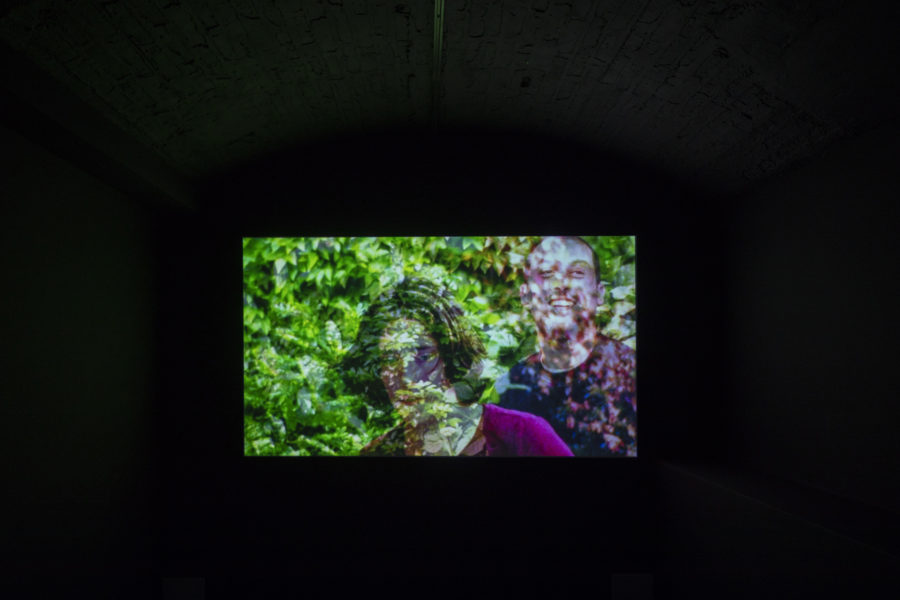 Cinema platform Vdrome is screening Alia Farid’s At the Time of the Ebb (2019), commissioned by Sharjah Art Foundation, with a conversation between the artist and curator Claire Tancons. 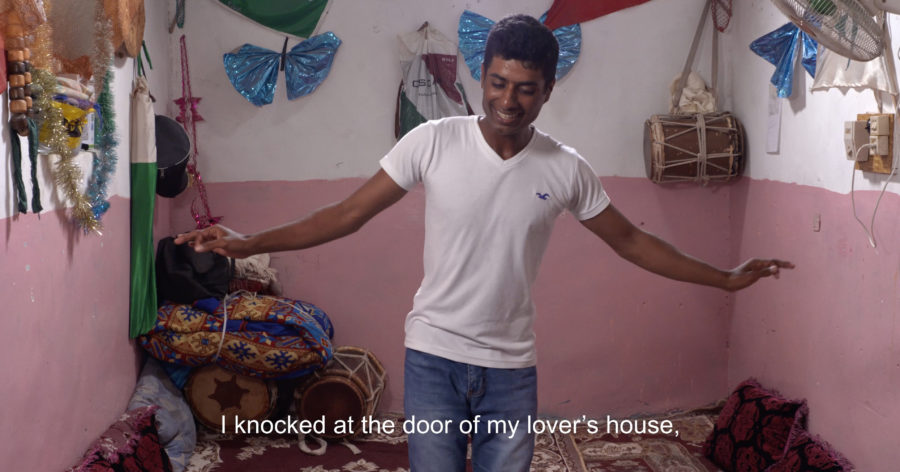 Sammy Baloji is taking part in the 22nd Biennale of Sydney, cur. Brook Andrew.
For his research project at NIRIN, he draws on these earlier works by confronting two operational cultural modes (the kasalaand lukasa) to critically approach the imposition of identity frontiers during the colonial period. Thus, his artistic research aims to capture these pre-colonial political and aesthetic codes and to create narrative devices, including the postcolonial socio-political framework.
Cockatoo Island, Sydney, Australia 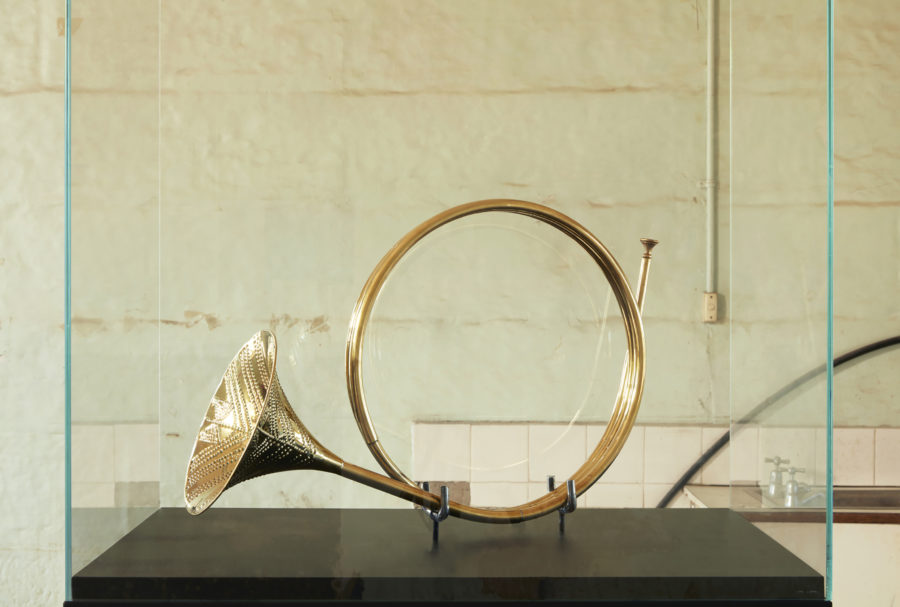 James Webb is taking part in the outdoor, summer exhibition Konst i Ån, taking place in and around the Norrtälje river, cur. Helén Hedensjö (Norrtälje Konsthall).
One of the pieces is Untitled (duet with one singer missing) which takes Olivier Messiaen’s duet, “La mort du nombre,” and presents it with just one singer. The reduction of the original piece creates a situation where the soprano’s part is primary, and the reading of the song’s dialectical lyrics becomes altered due to the absence of those of the tenor.
The artwork is broadcast along the river, close to Lilla Brogatan, daily on the half hour from 12am to 6pm.
Norrtälje Ån, Sweden 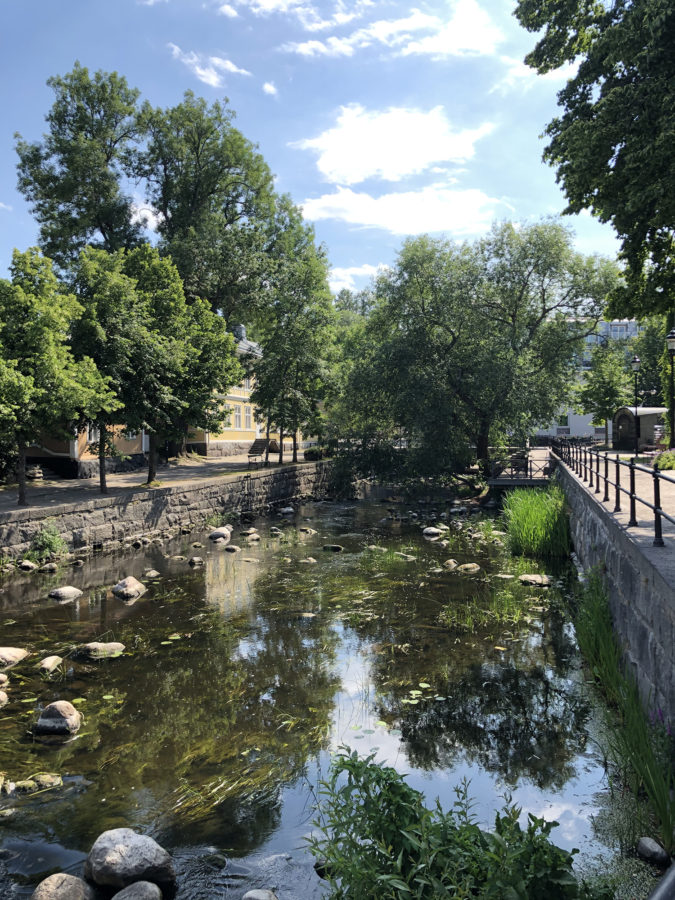 "Alia Farid: a solo exhibition", open from Thursday 2 to Sunday 5 July, in the framework of Paris Gallery Weekend
2 — 5 July 2020

Imane Farès s proud to announce its participation to the 7th edition of Paris Gallery Weekend, the annual highlight of modern and contemporary art in Paris.
Some forty modern and contemporary art galleries warmly invite you to discover their exhibitions around a rich and festive programme that fosters encounters with art world key players. Routes are designed to guide visitors from one gallery to another.

Sammy Baloji is taking part in the annual exhibition of the residents of l’Académie de France in Rome, cur. Lorenzo Romito 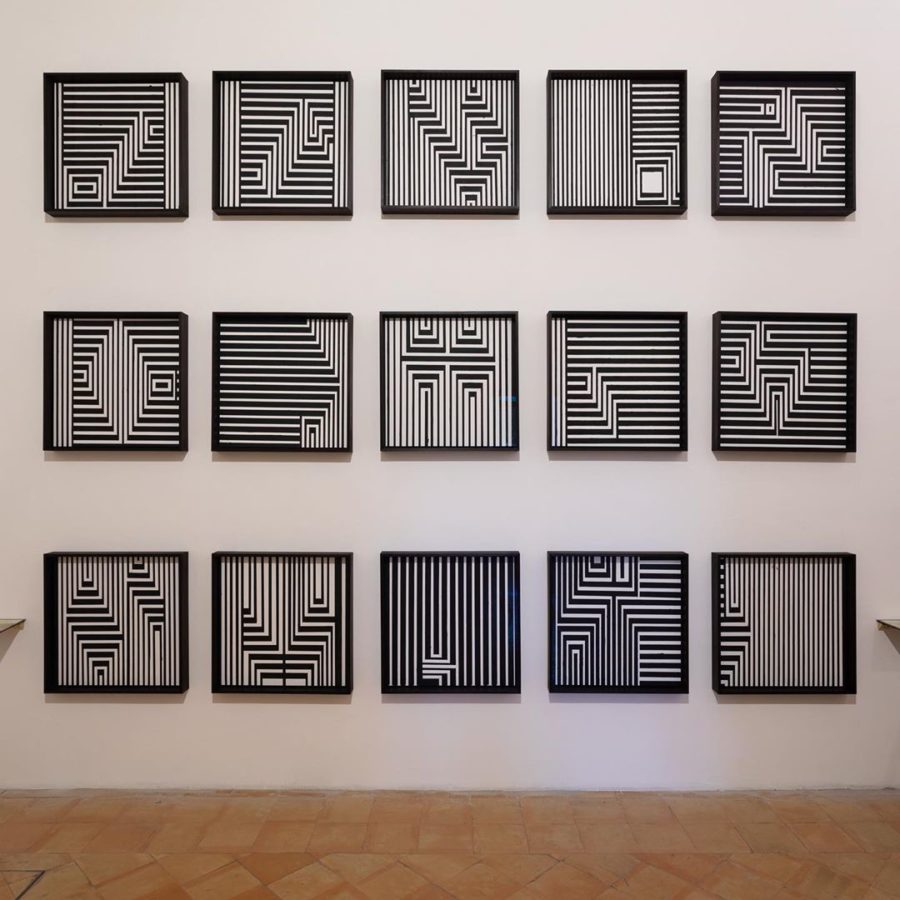