Hope is a good swimmer 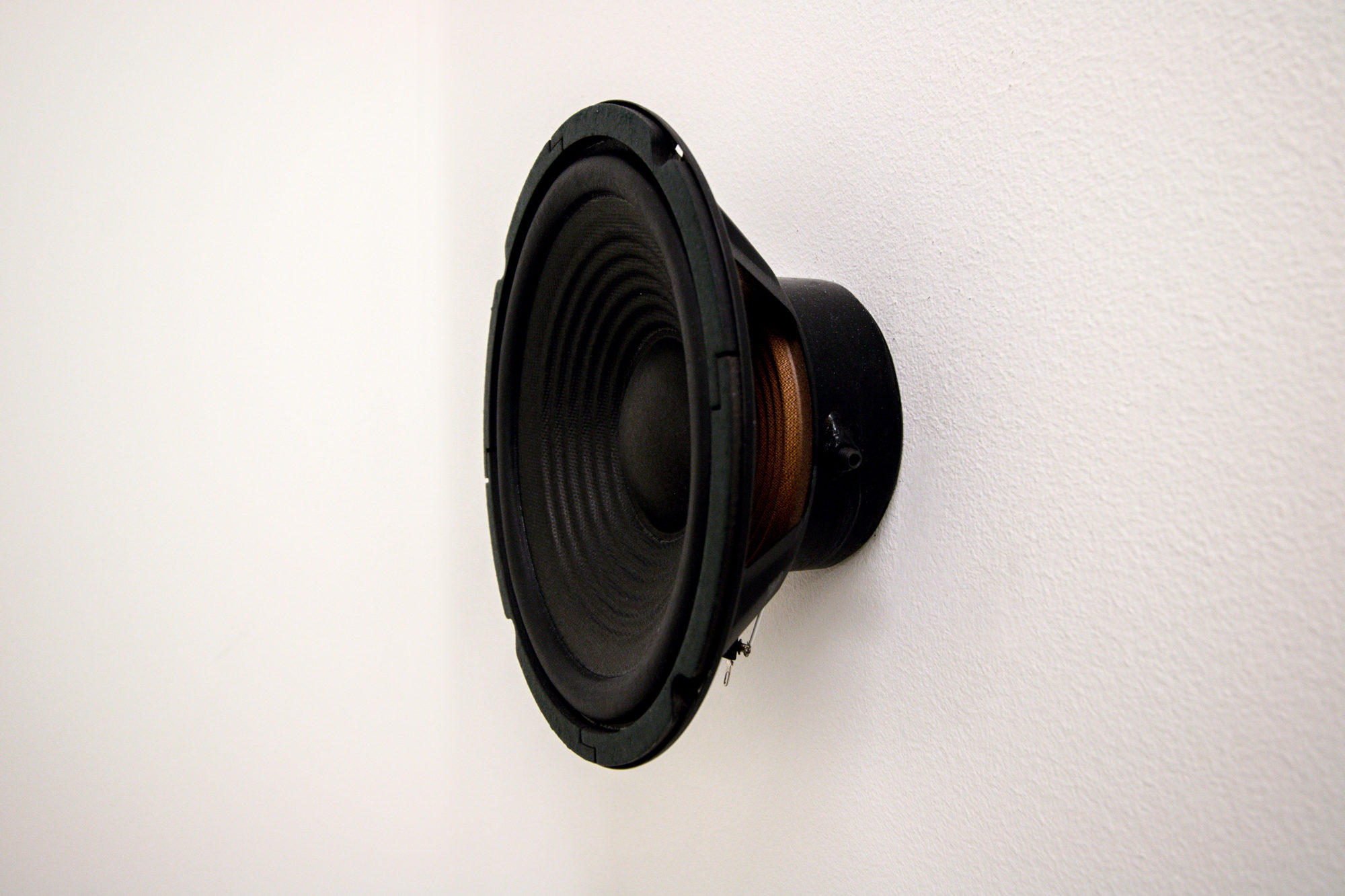 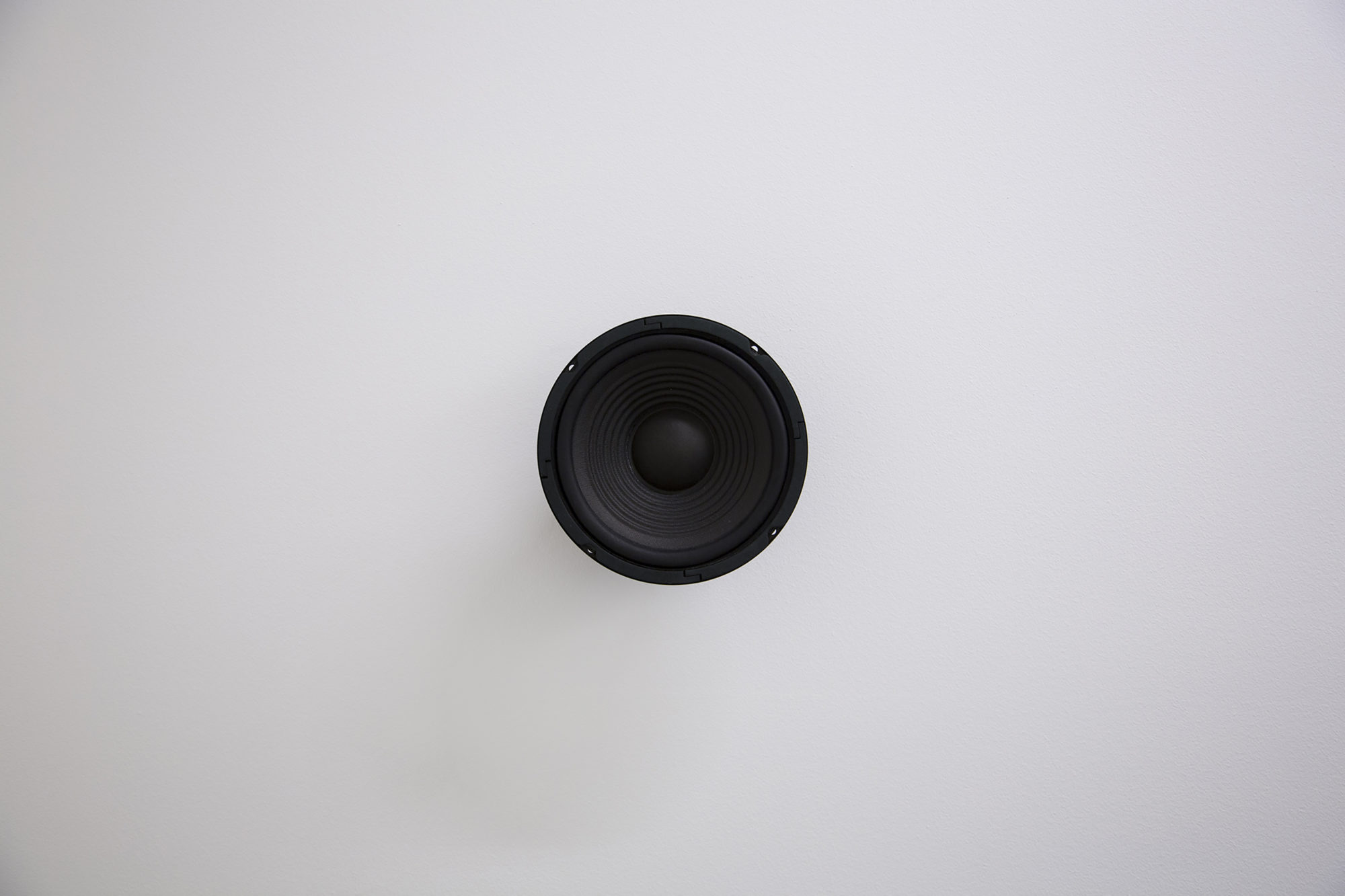 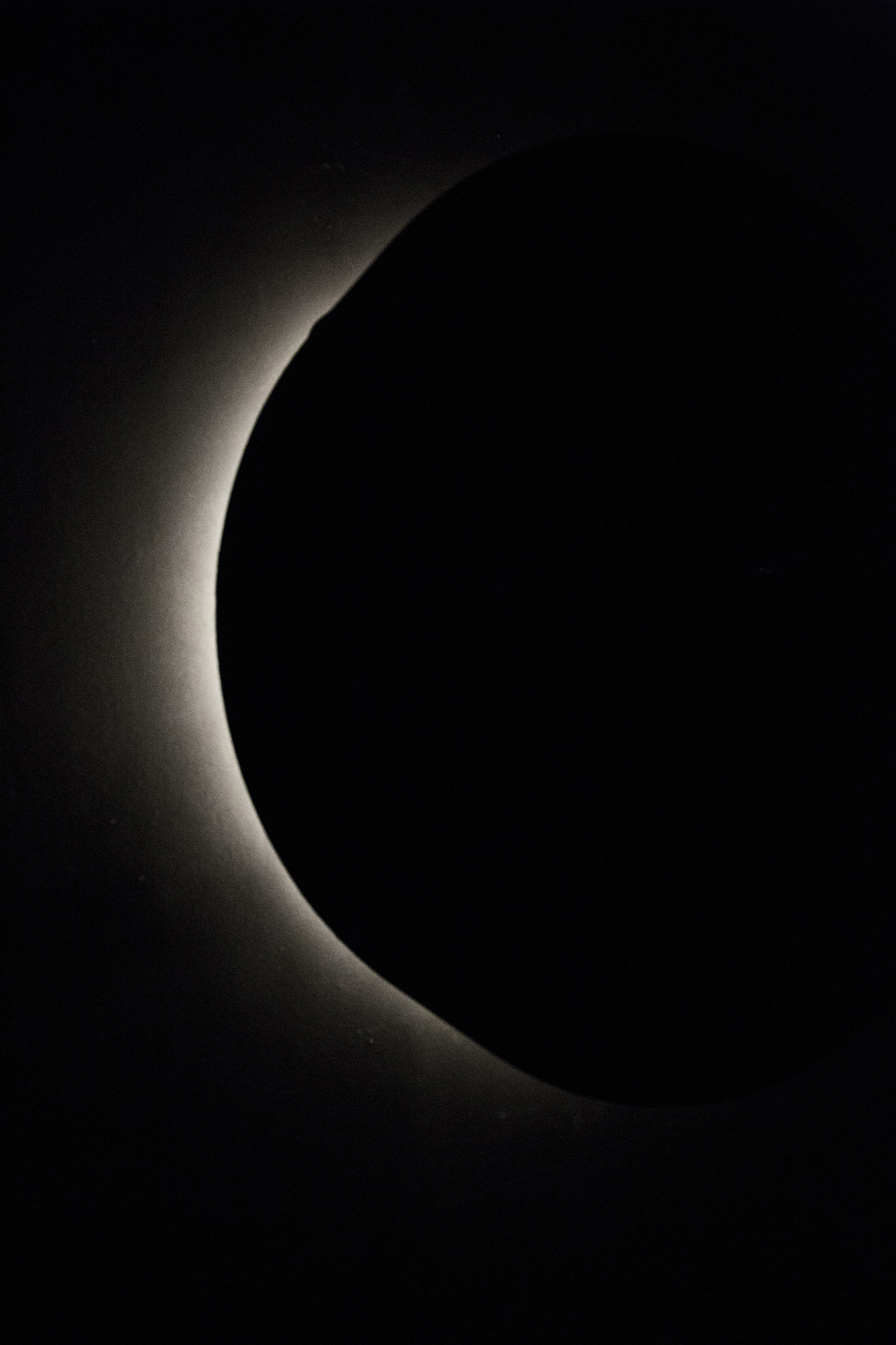 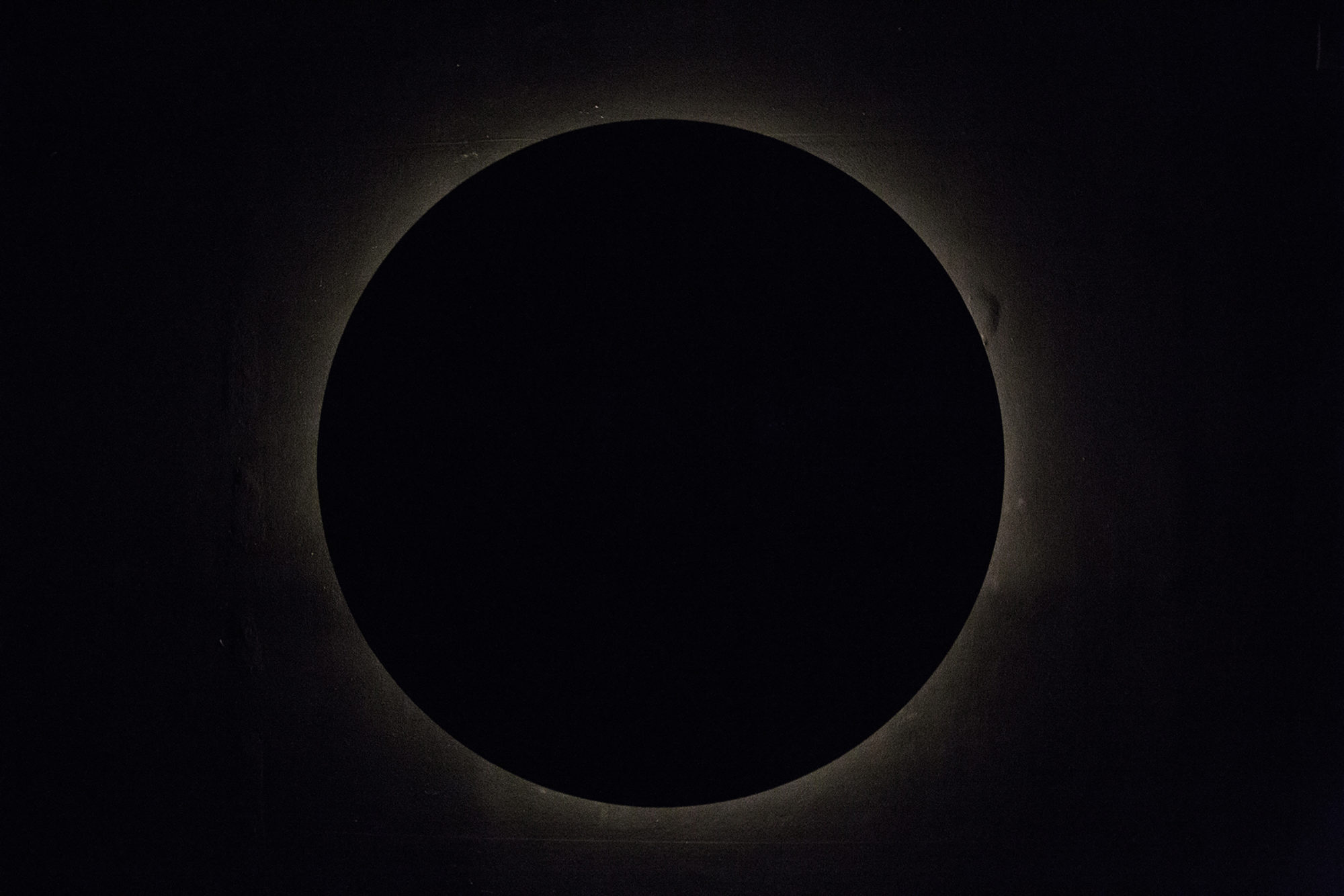 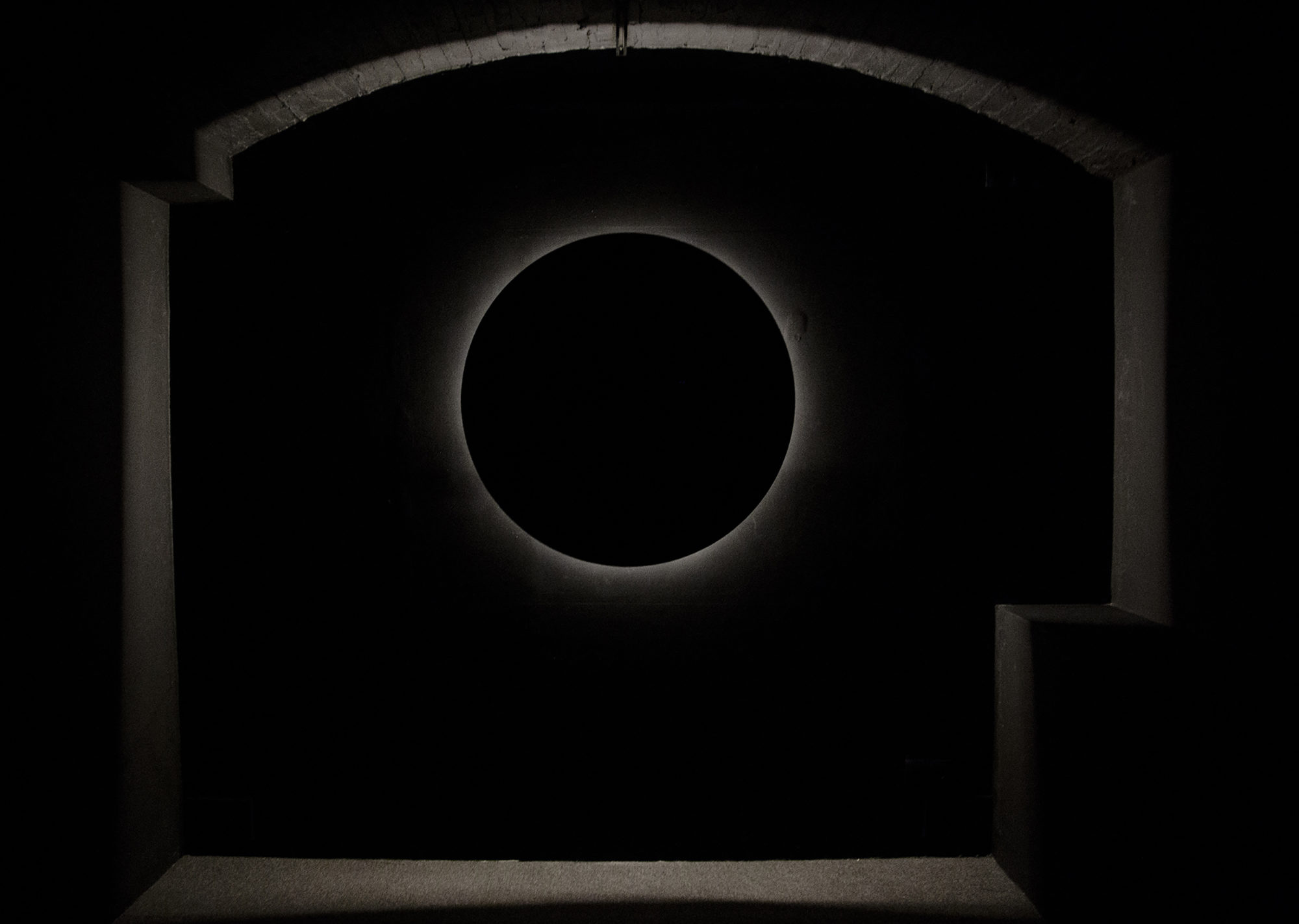 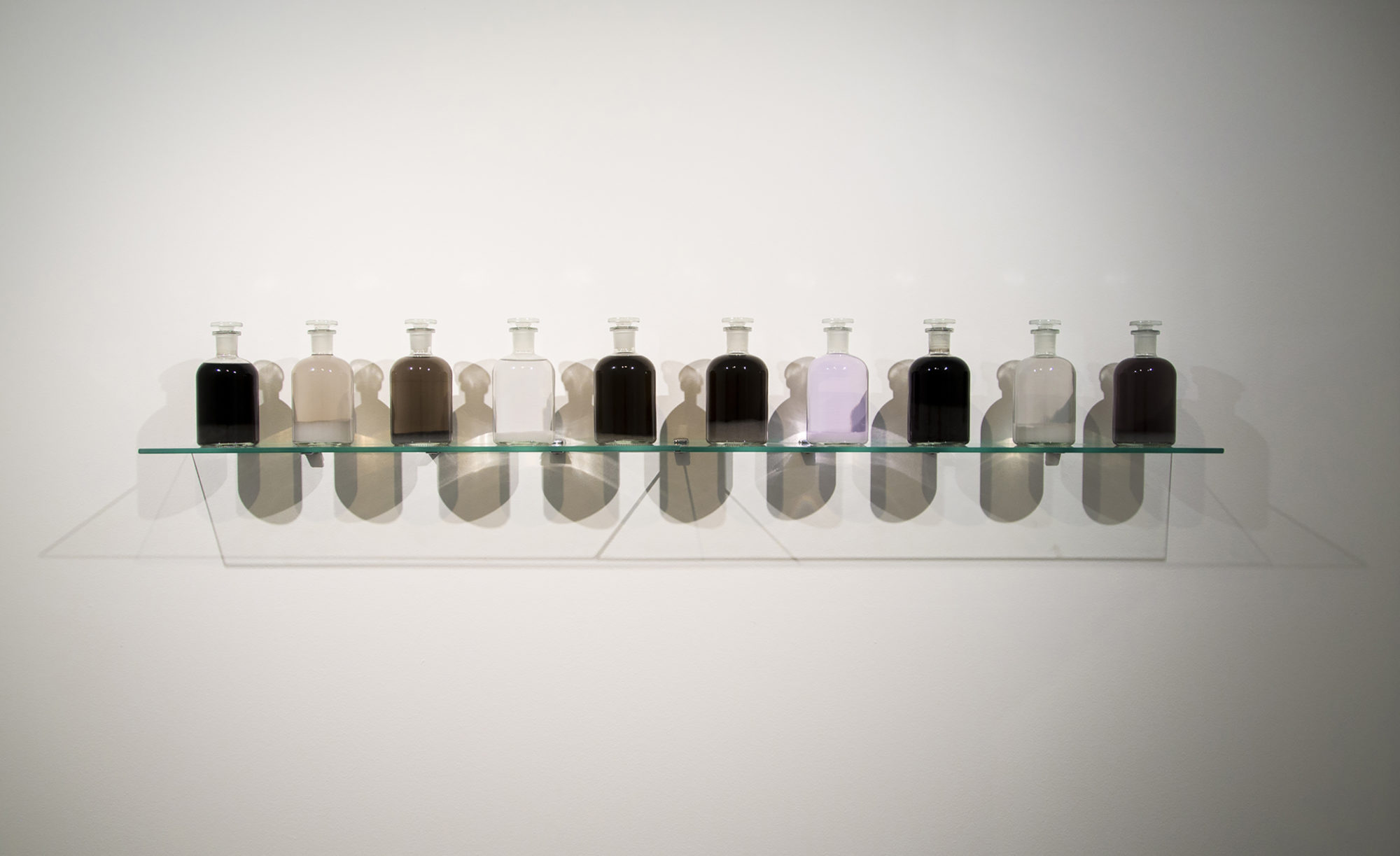 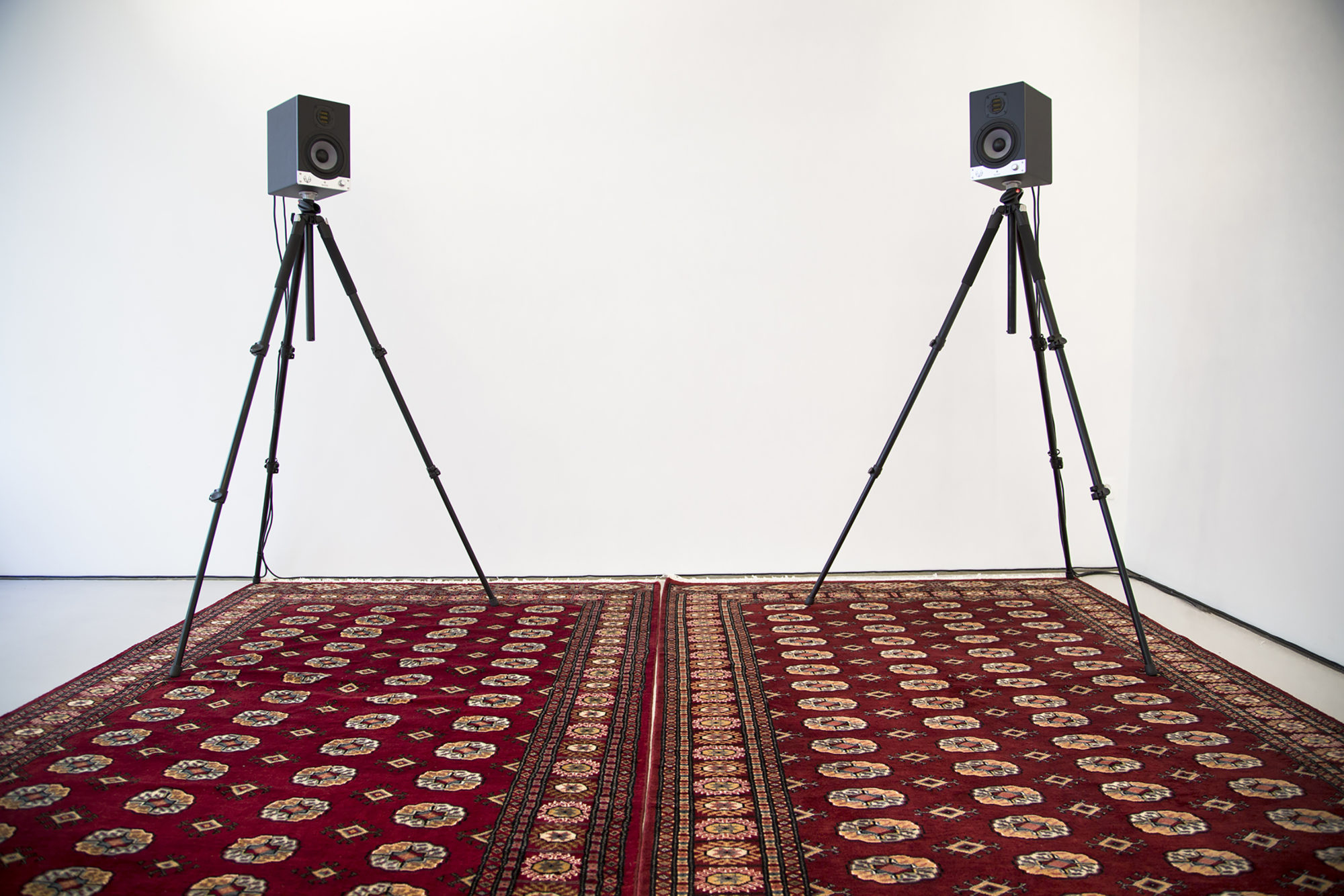 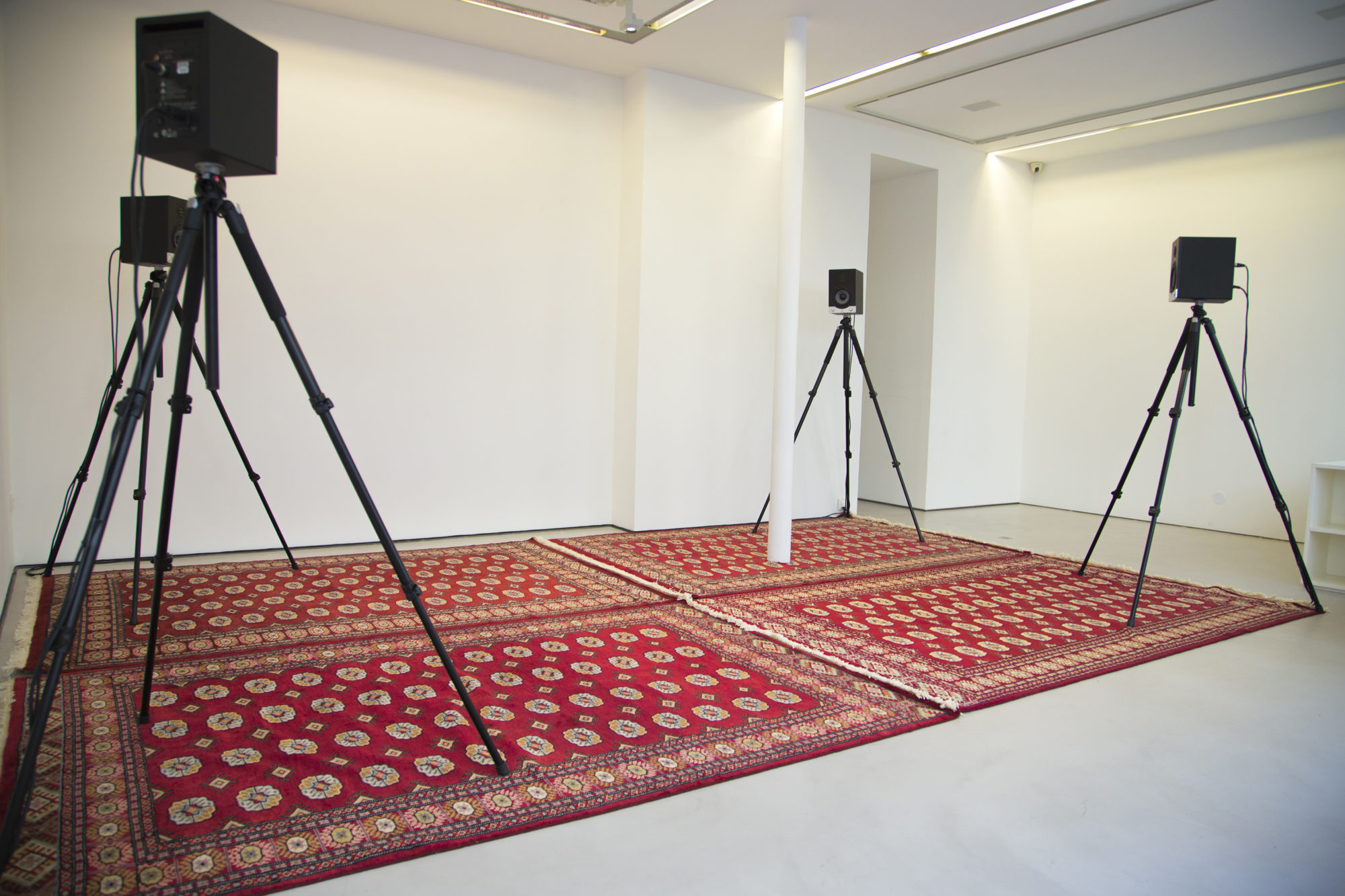 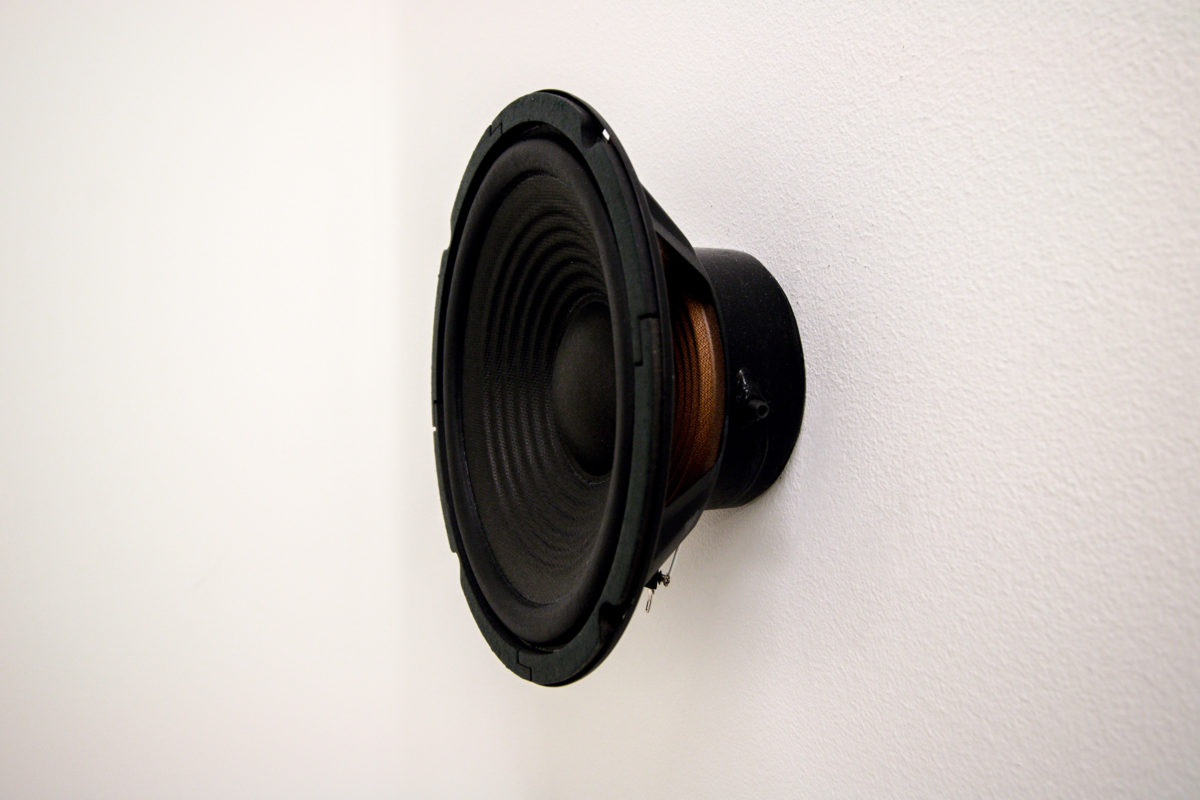 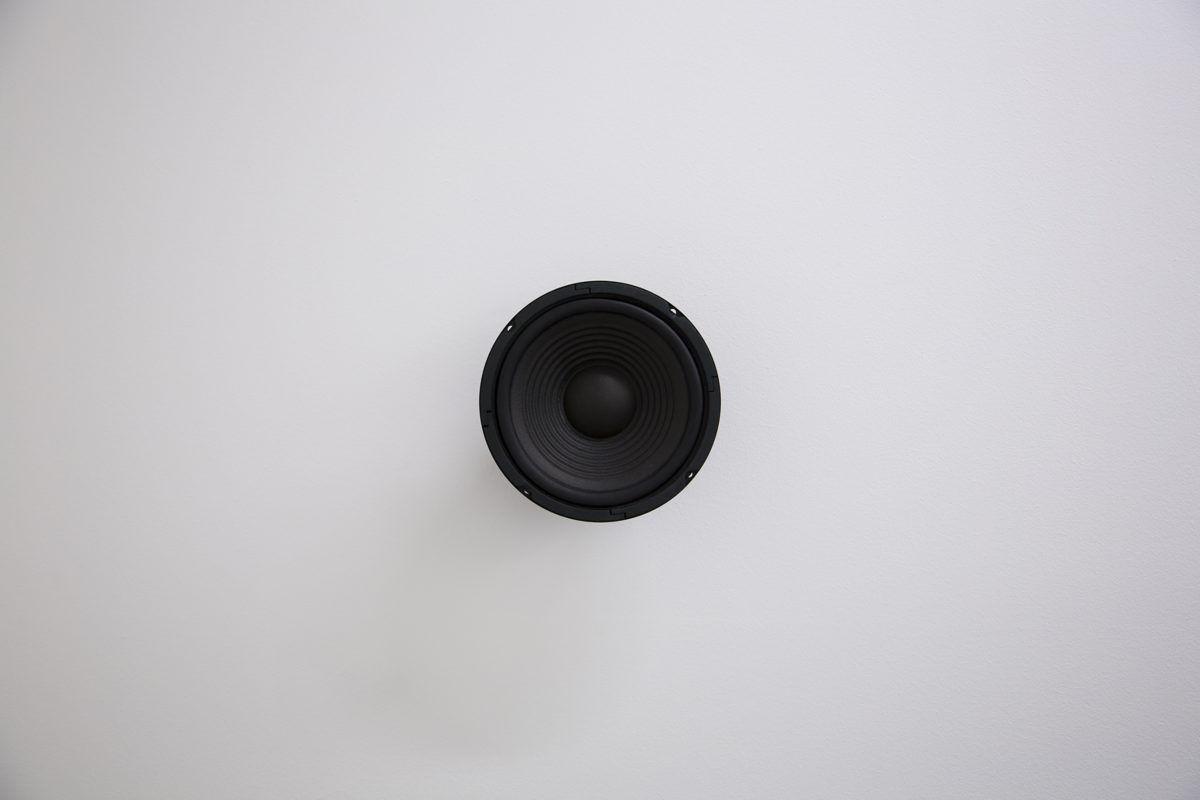 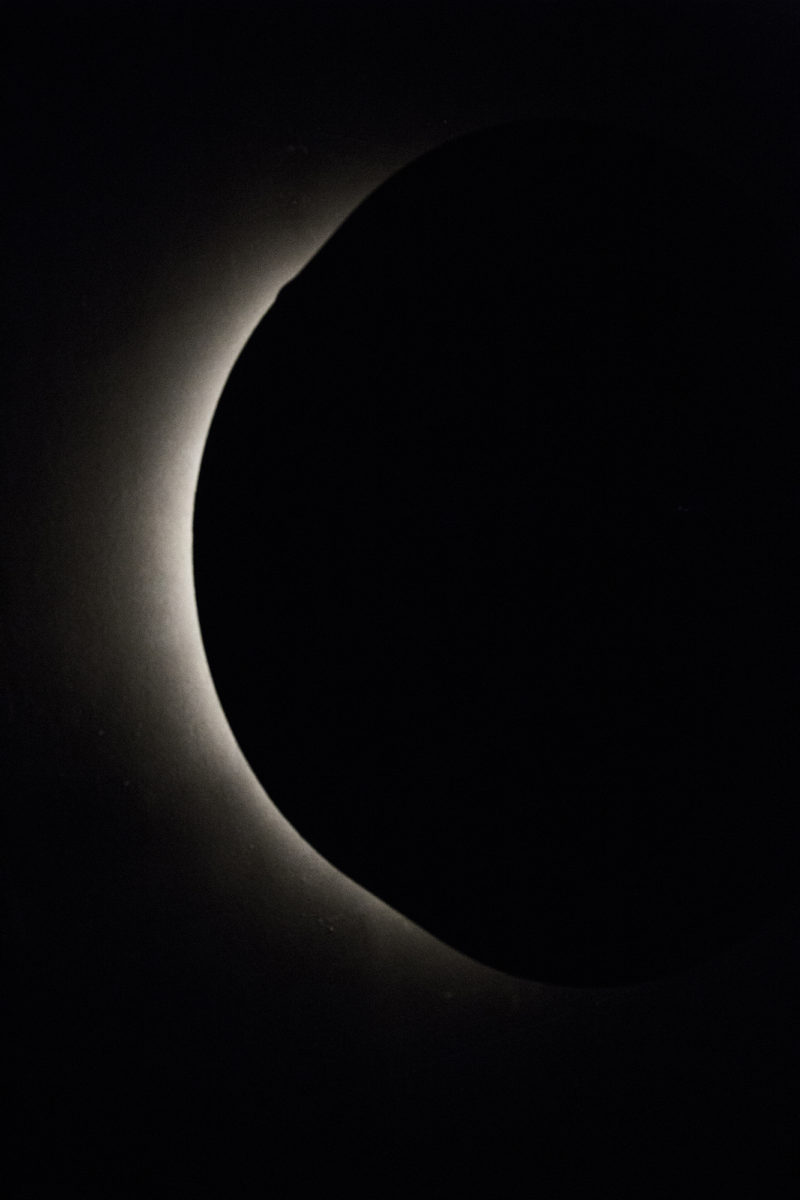 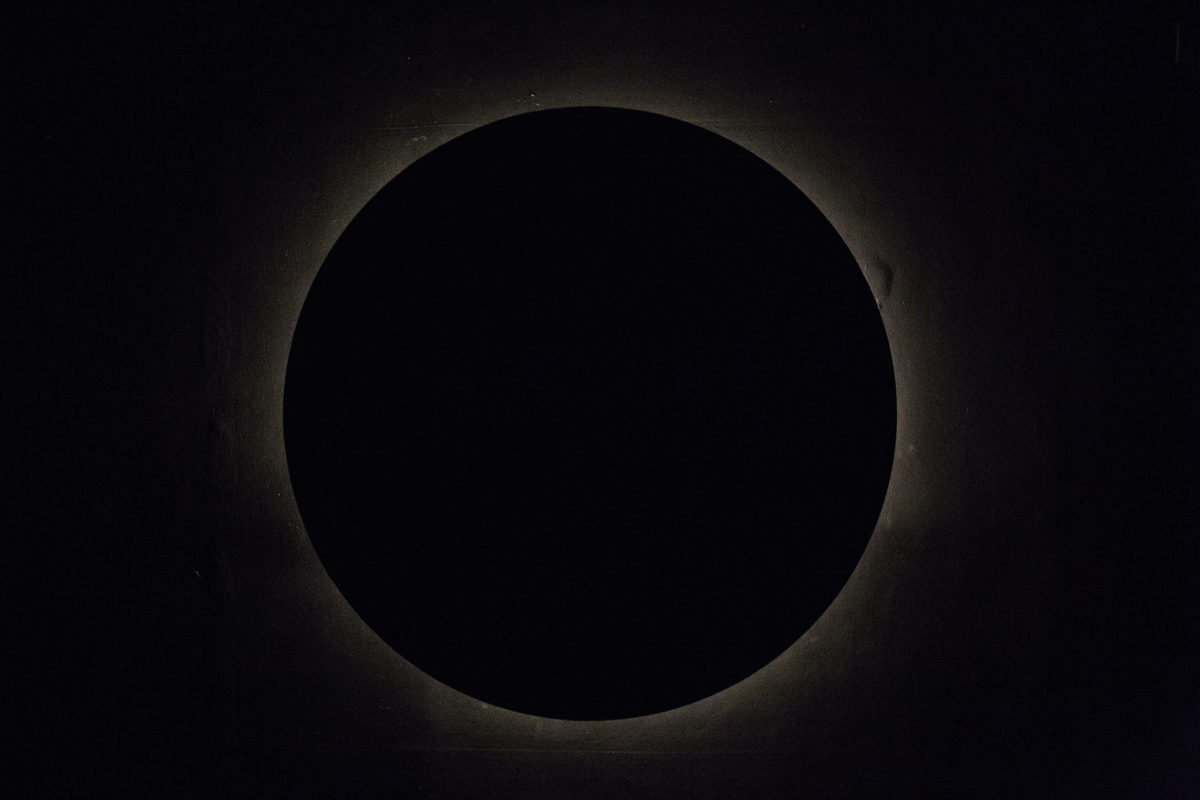 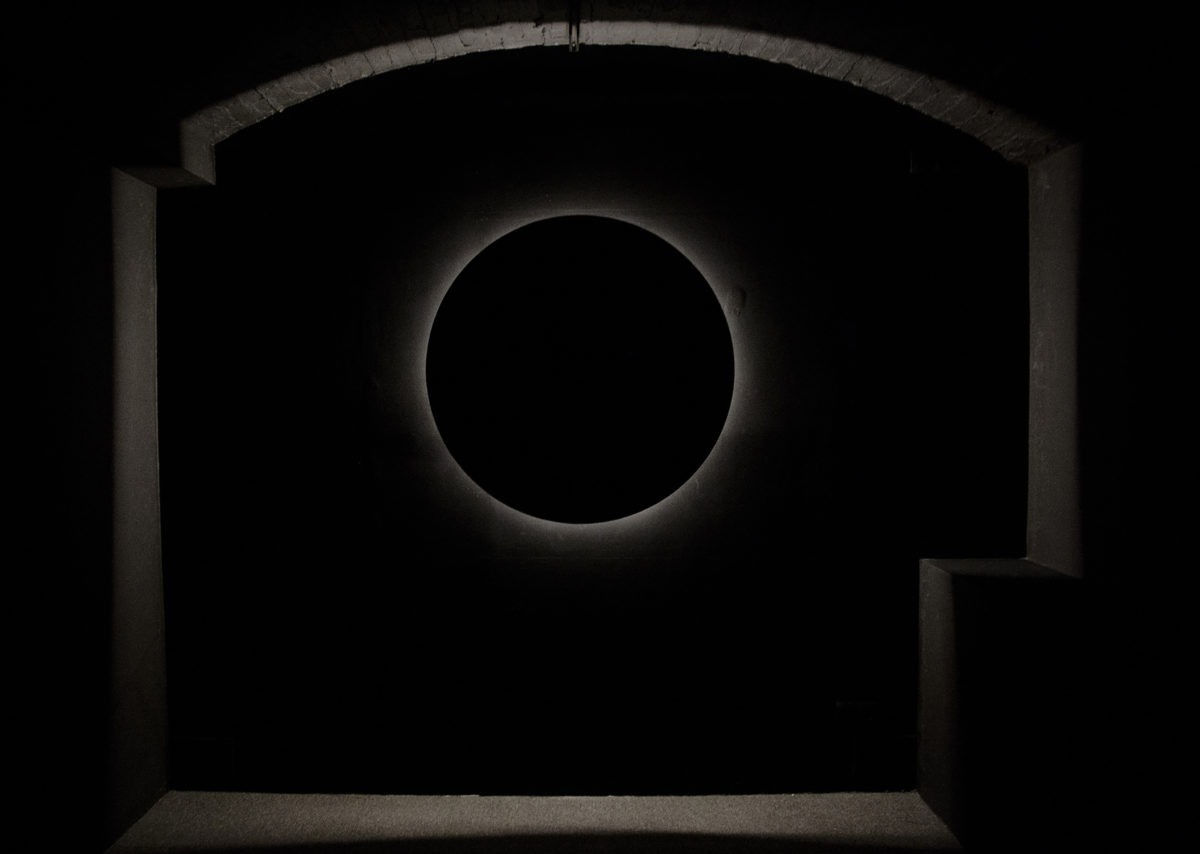 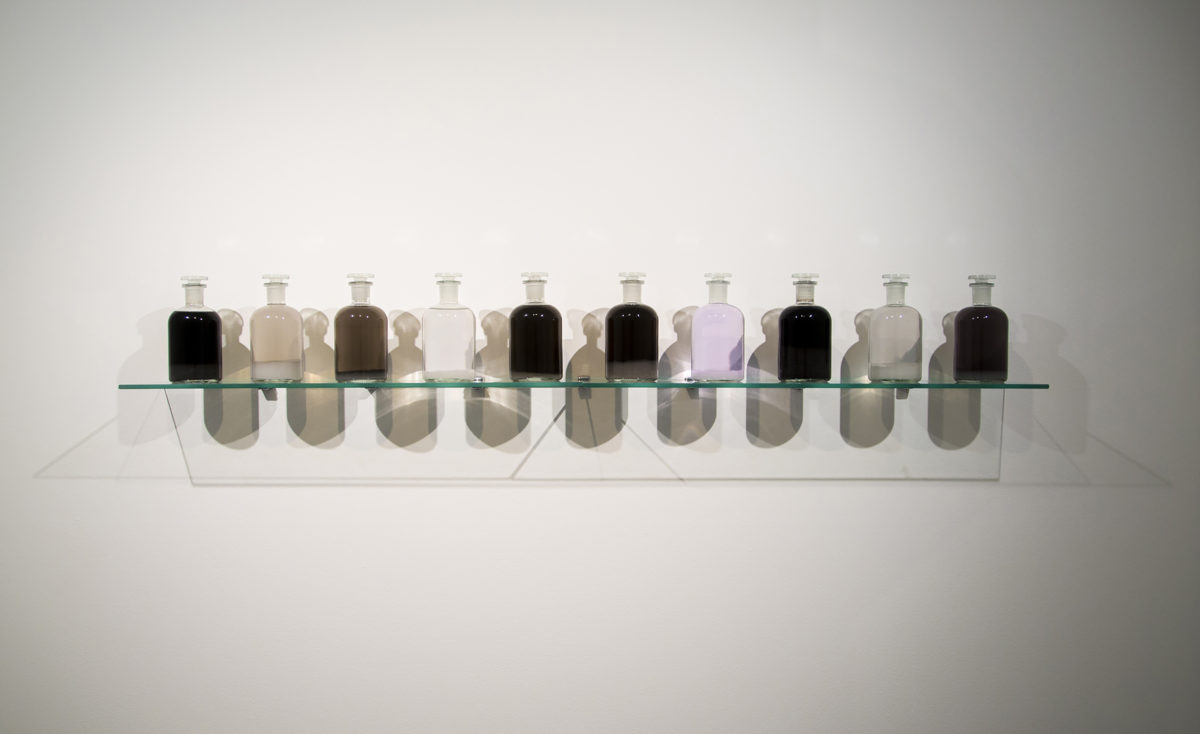 I do not live in this world alone, but in a thousand worlds (From Dove to Larkin), 2017 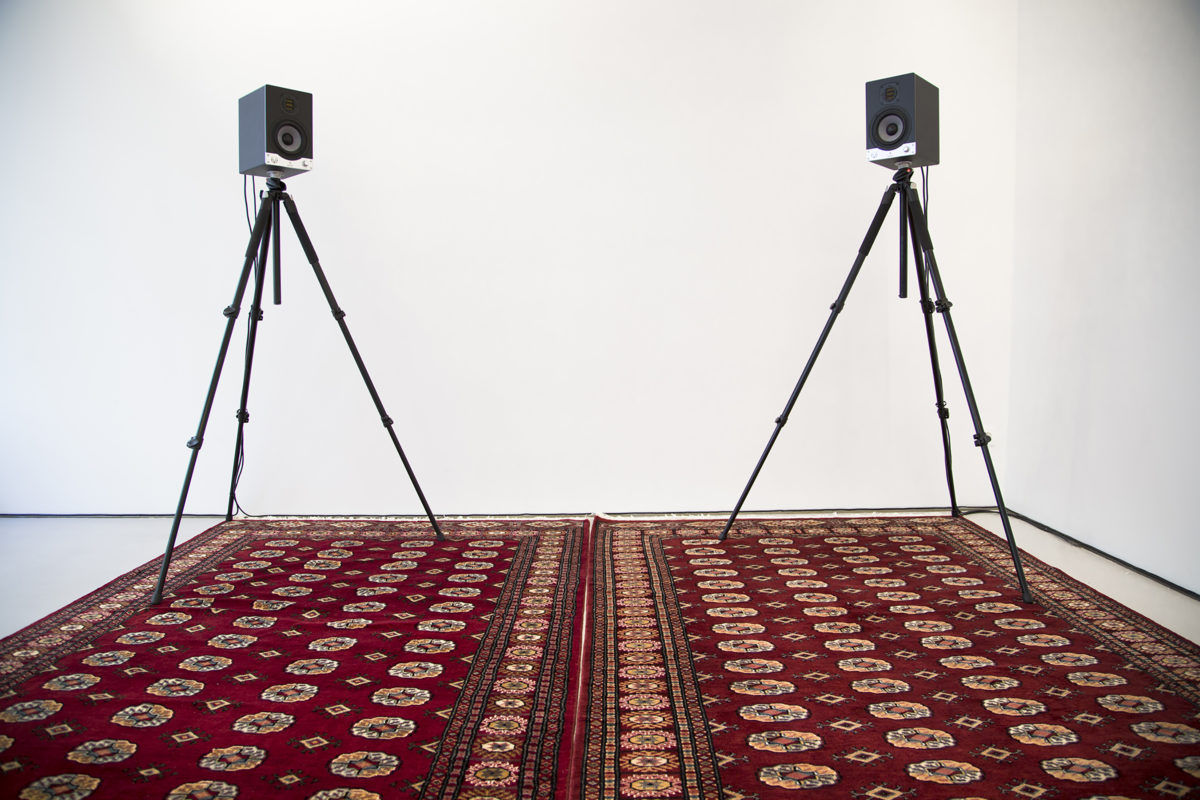 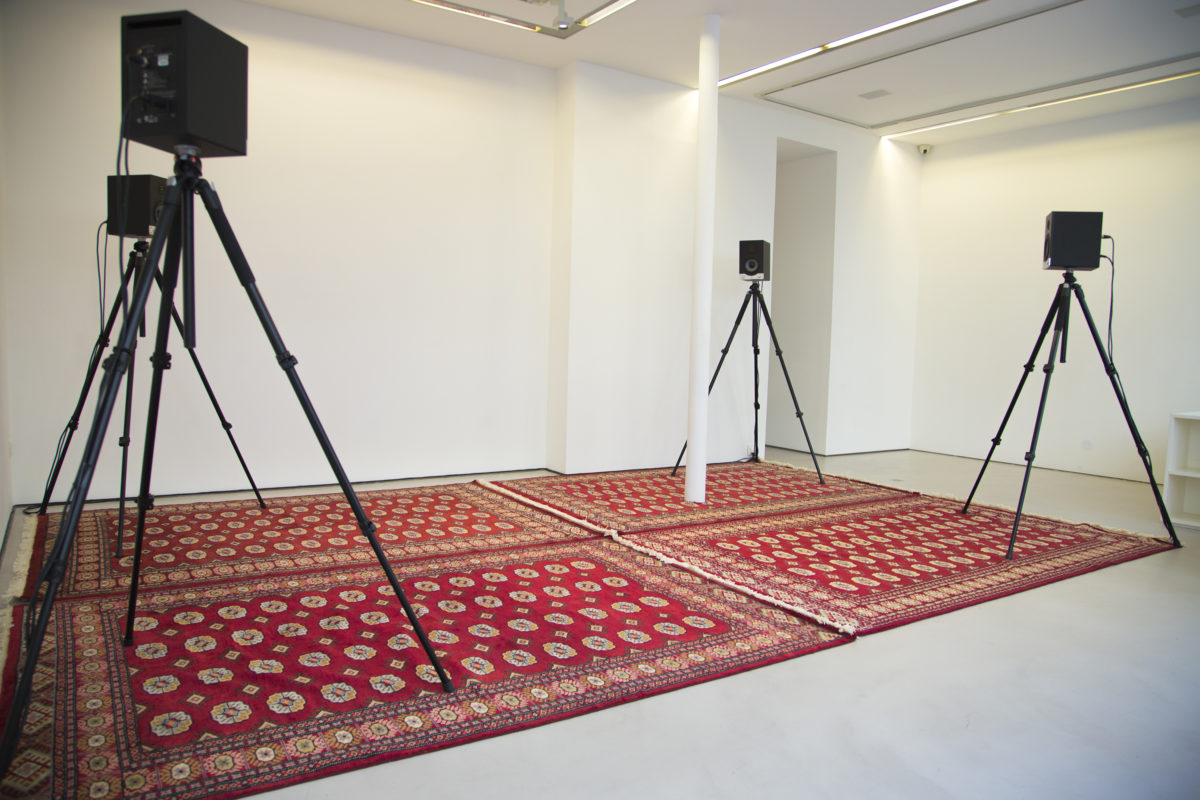 Last summer, James Webb presented La Syzygie throughout the public areas of the Théâtre Graslin in Nantes1. Hoping to “probe the building’s soul,” Webb created a sonic itinerary composed of sounds recorded everywhere in the building (instruments being tuned, singers rehearsing, nocturnal silence…) and interviews with experts2 offering their point of view on the venue’s architecture. This scenario, with its multiples faces, reveals James Webb’s desire to both transmit and transcend a given site’s heritage. By doing so, he assembles the fragments of an evaporating history, as if it were a dream.

Webb’s situations and images, reveal a form of writing where travel is seen as an immersion filled with ellipses and displacements. These occasionally strange works arise like enigmas, demanding to be decrypted. In his practice, sound acts like a body with which traditions and beliefs, as well as their modes of communication, define the keys to understanding a society. This adventure continues for the audience, since the work is inhabited by their presence. Indeed, Webb encourages the public to surrender to the thickness of sound and its vibrations as a means to breaking through the sensory border between reality and the imaginary.

This significant South African artist questions our thought processes, our identity as individuals, and our rationale as social beings. Hope is a good swimmer resounds like a state of consciousness that can only be found in the here and now. In this horizon – be it fantasy or the reality in which we live – the transmission of culture, of a collective movement, and of spiritual uprising… all these things condition human beings and shape the structure of a society.

Created in 2014, Al Madat is composed of four Karachi carpets and a recording of a Sufi dhikr chanted by patients at the Sultan Bahu Rehab Centre in Westridge3 (Cape Town). A dhikr (literally, “remembrance”) is an Islamic recitation where sacred names are chanted. In this case, the repeated words are energetically charged among the sixty men making up the group. Not unlike an invocation, Al Madat4 is the call of a collective movement to fight addiction and take religious action. The context of Al Madat exposes the need to transcend from the harsh reality and violence of everyday life. At the limit of catharsis and tragedy, this sonic immersion features a chorus5 transforming throughout a recital as the individual members constantly assert the same words and gestures. Here, religion and its rites open up a space-time where God becomes deliverance.

If we turn to All that is unknown, time flies to the caressing exchange of two hearts beating across a room from one another. Played over two speakers at regular intervals, the heartbeats communicate without seeing each other, suggesting a bond between two bodies that are always present yet unseen by the eye. Whether they are lovers, enemies, or strangers, they delve into a mystery that escapes us.

Humour often accompanies James Webb’s work. In a video dating back to 2005, entitled Saturday Night Can Be the Loneliest Place on Earth, a static camera films the empty parking lot of a Japanese theme park in Kitakyushu. The only life to be found here comes from the music drifting out of the parking lot PA system. Created in 1990 by Nippon Steel, and emulating the template of an American theme park, Space World belongs to that brand of recreational venue that has attempted to develop tourism with phenomenal, sci-fi inspired rides.

In this desolate universe – which looks less exciting than a rest stop on a highway in Nevada – an eight-second long ionospheric transmission disrupts the music playing out of the parking lot PA system. With its ironic title, saturday night is shown to be a potential desert of solitude, but for those who are present and aware they might be able to receive a message from the outer limits of space.

Through the artist’s approach, we can also feel the presence of a seeker and researcher. James Webb excavates and gathers up material, but conclusive elements are not readily offered. The most important aspect is the creation of a creative environment, which allows the spectator to respond. They discover a given history with a new perspective; discovering new spaces with an alternative soundtrack. Here and now, the body follows closely a sound, perhaps a word, or just a noise, to be finally projected into the infinite unknown.

In Threnody (2016), the journey takes the form of a breath experienced from the inside, reawakening traces, lost thoughts, and our memory. The vocal track of Helter Skelter (The Beatles, 1968) was isolated, reversed, and then given to singer Zami Mdingi6 to perform. Played from a circular, black speaker –which also acts as a reference to Kazimir Malevich’s 1915 work, Black Circle– the voice changes and transcends into an increasingly spiritual form of music, then morphs into a hymn, before finally resembling a conjuration, or someone speaking in tongues.

James Webb invites us to reflect upon the notion of hope through our relationship to time, to all things spiritual, and to the Other. Our perception of different elements begins to take shape, and everyday life reveals other colours, while unexpected sounds shift to the foreground. This can feel like an intimate engagement, addressed to each of us, within a kinaesthetic journey, experienced in a space that is highly charged with sound.

Hope is a good swimmer serves as a spirited crossing. It presents itself as an odyssey where despite all the shipwrecks and sea changes, the swimmer continues throughout. James Webb shows us that hope is the guide, the breath, the muscles moving together, the determination to meet the horizon.

2. As part of this project, James Webb interviewed an architect an astrologer a historian, a stage manager, a psychologist and a medium.

3. Started by Shafiek Davids in 2005, the Sultan Bahu Centre is a non-profit organisation in the field of substance abuse – mainly heroin and methamphetamine (tik) – in both Mitchell’s Plain and Bonteheuwel in Cape Town. The centre operates as a drug treatment facility in lower socio-economic communities, offering a six-week intensive day programme with continual care thereafter. Sultan Bahu (1628 – 1691) was an Islamic scholar, poet and Sufi saint, founder of the Sawari Qadiri Sufi Order.

4. Al Madat can be translated by “Help”.

5. A chorus in the context of Ancient Greek tragedy.

6. Zami Mdingi is an author, composer and vocalist from South Africa based in Cape Town.