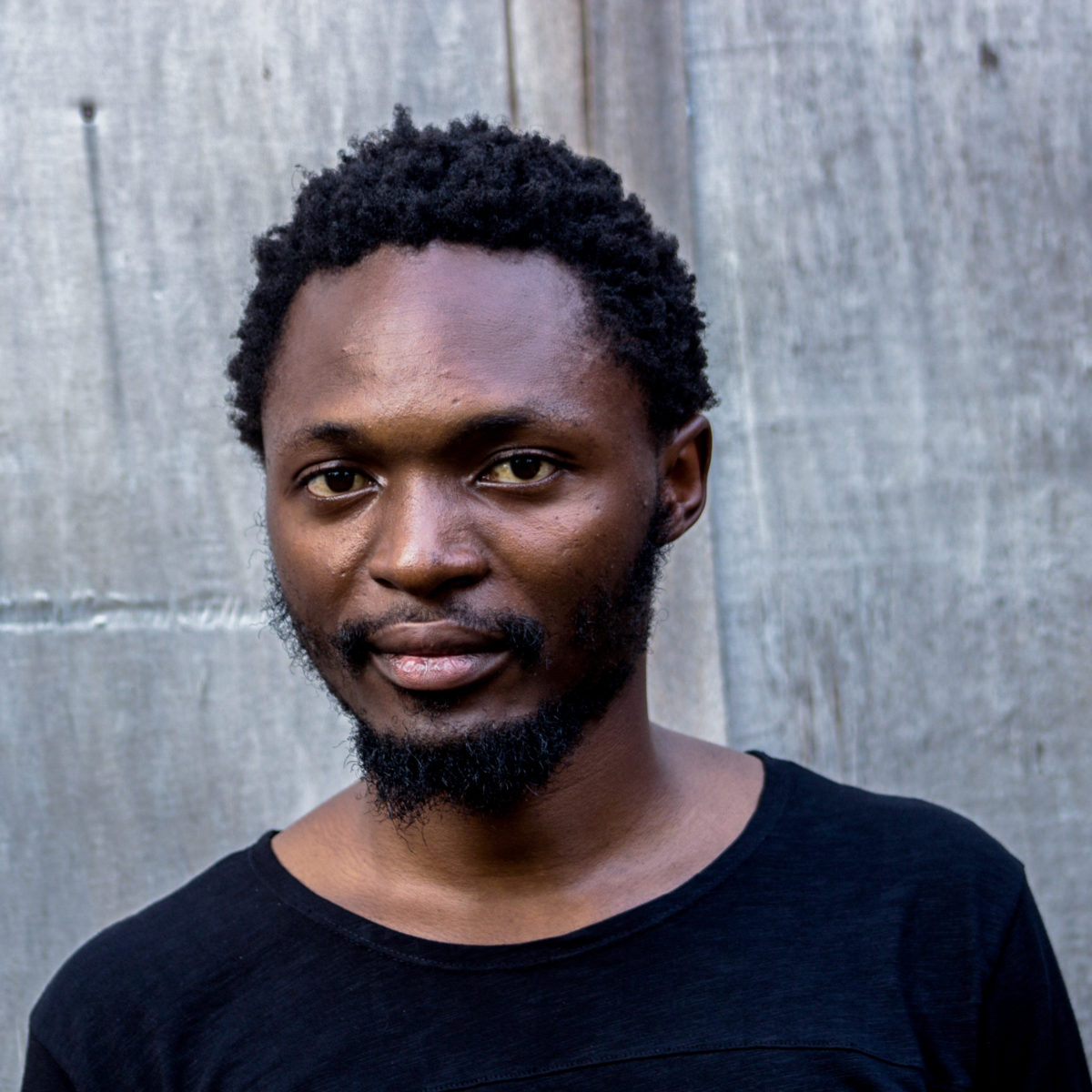 Sinzo Aanza is a Congolese artist whose work focuses on the radicality of fiction. In 2007, Luhindi K. Sinzomene created Sinzo Aanza, a radical fiction to whom he assigns the responsibility for the interactions between his creations, first literary and then visual, and the equally frictional social frameworks in which the encounter, discussion and projections around all the other inventions developed by men to frame life, its understanding, organisation and projections become possible.

His writing, both poetic and irreverent, investigates the political situation in the Democratic Republic of Congo, as well as the constructed image of this country which “has always belonged to investors, preferably foreigners”. The exploitation of natural resources, the representation of national identities and their excesses, and the construction of the image of the Congo since the colonial era are themes that nourish both his visual and literary works.
In 2015, he published Généalogie d’une banalité, a novel in which two discourses, one official, the other popular and intimate, confront each other around the way people are drawn into a certain idea of the Congo and its scandalous wealth. In 2017, he was in residence at WIELS in Brussels where he conceives the first part of Projet d’attentat contre l’image ? in which he addresses the question of Congolese religious syncretism. During his residency in 2019 at the Museum Rietberg, he carried out the second part of this trilogy of installations for which he took a critical look at the legacy of ethnologist Hans Himmelheber and the collections he bequeathed to the museum: “It is as if a European peasant of the Middle Ages had been led to take in a church a Catholic monstrance with an Eucharist in it to sell to an Arab or Chinese traveler.”

Sinzo Aanza (b. 1990 in Goma, DR Congo) lives and works in Kinshasa, DR Congo. His work has been exhibited at WIELS, Brussels, Rencontres de la Photographie, Arles – where he was nominated in 2018 for the Nouveau Prix Découverte – Museum Rietberg, Zürich, Lubumbashi Biennial and Cité de l’architecture & du patrimoine, Paris. In 2020-21, he is the artistic director of the second edition of the Yango Biennale in Kinshasa.
His first exhibition at galerie Imane Farès, Pertinences citoyennes, took place in 2018.