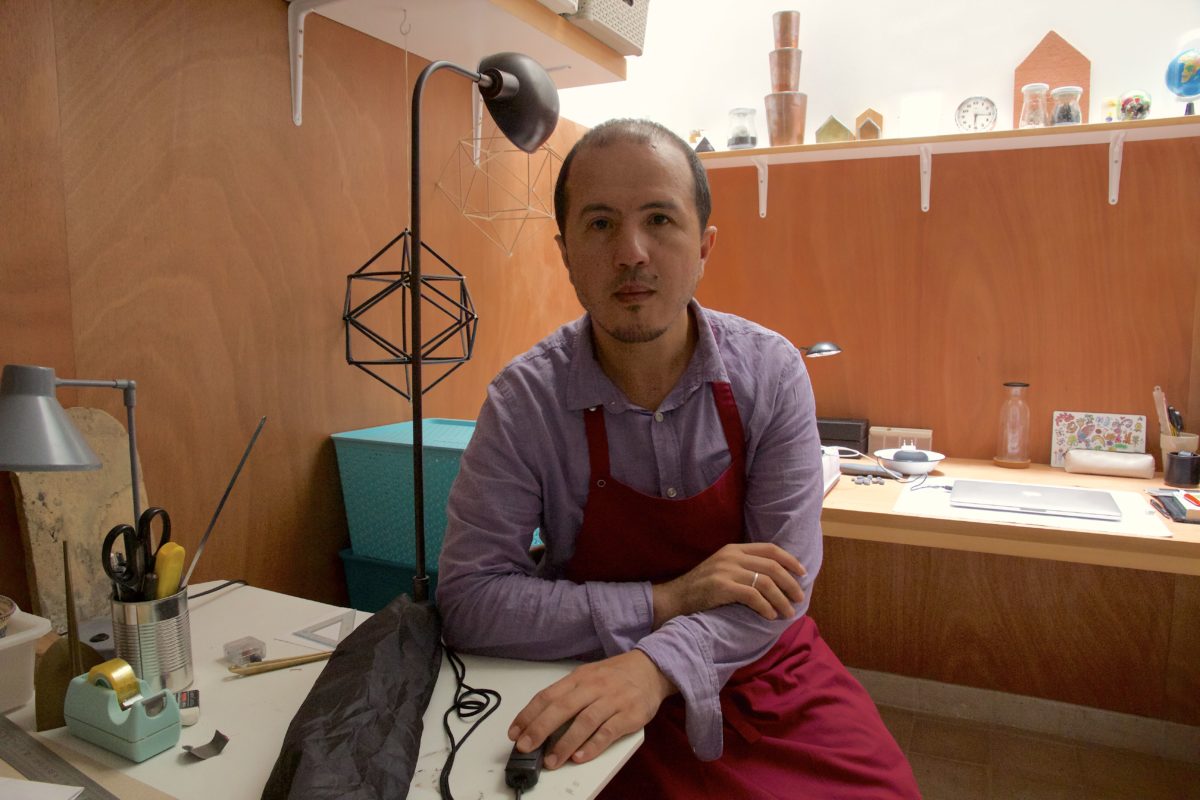 B. 1975, Tétouan, Morocco.
Lives and works in Tétouan. www.younesrahmoun.com

“Younès Rahmoun typically begins an artwork by collecting numbers, shapes, and objects from his surroundings. He then uses repetitive, familiar gestures to manipulate these elements and give form to everyday, ephemeral, or barely visible activities, such as praying, rolling dough, and breathing. His religious beliefs and his identification as a practicing Muslim also inform his work. He repeatedly employs numbers that are significant in Islam, such as seven and ninety-nine, and chooses to orient his installations in the direction of Mecca. His artistic practice cannot be reduced to, or fully explained by, his religious beliefs and their attendant symbolism. His longstanding interests in Buddhism, meditation, and Sufism are equally visible, as are the basic shapes and materials of everyday life: cones, cylinders, grids, and spheres and light, brick, jute, and earth. While he works primarily in sculpture, his exhibitions also include photographs, drawings, preparatory plans, videos, and other objects that relate to the sculpture’s place of production or that document artworks made outside of the gallery or museum walls. These elements allow Rahmoun to experiment with connecting the place of an artwork’s production to the site of its exhibition.”
— Emma Chubb

Younès Rahmoun (b. 1975 in Tétouan, Morocco, where he lives and works) is one of the most widely exhibited North African artists of his generation. He and his art school cohort were the first in the country to have formal training in “l’art contemporain,” thanks to his mentor, Faouzi Laatiris.
Recent museum exhibitions include Little Worlds, Complex Structures, VCUarts – Virginia Commonwealth University School of the Arts in Qatar (2018), De la mer à l’océan, L’appartement 22, Rabat (2016). His work has recently been shown at the Museo Nacional Centro de Arte Reina Sofía (Madrid), the Palais de Tokyo (Paris), the Tripostal (Lille), the Victoria & Albert Museum (London), L’heure rouge, the Dakar Biennale (2018) and Viva Arte Viva, the 57th Venice Biennale (2017). A forthcoming retrospective of his work since 1996 will be held at the Smith College Museum of Art (Northhampton, USA) in 2022.
His work has been shown by Paris’s Imane Farès since 2012.