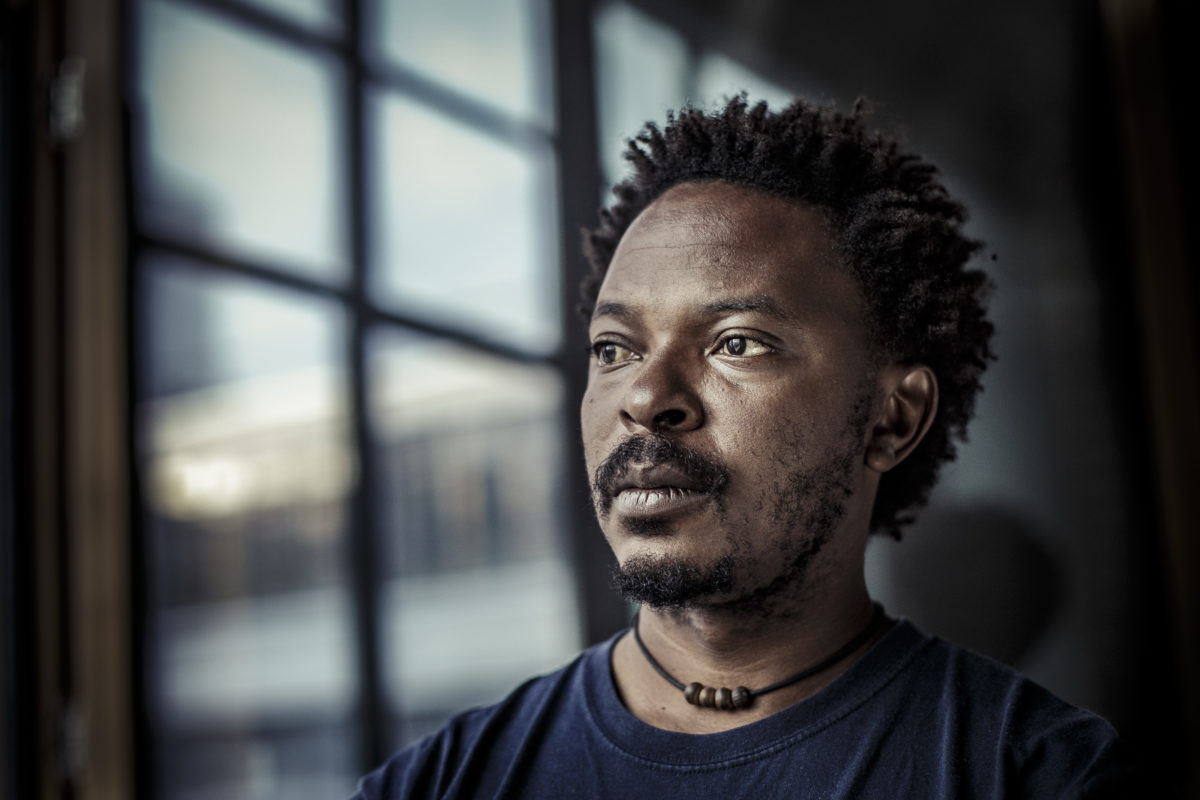 B. 1978, Lubumbashi, DR Congo.
Lives and works in Brussels and Lubumbashi. twentyninestudio.net

Since 2005, Sammy Baloji has been exploring the memory and history of the Democratic Republic of Congo. His work is an ongoing research on the cultural, architectural and industrial heritage of the Katanga region, as well as a questioning of the impact of Belgian colonization. His use of photographic archives allows him to manipulate time and space, comparing ancient colonial narratives with contemporary economic imperialism. His video works, installations and photographic series highlight how identities are shaped, transformed, perverted and reinvented. His critical view of contemporary societies is a warning about how cultural clichés continue to shape collective memories and thus allow social and political power games to continue to dictate human behaviour. As he stated in a recent interview: “I’m not interested in colonialism as nostalgia, or in it as a thing of the past, but in the continuation of that system.”

Sammy Baloji (b. 1978 in Lubumbashi, DR Congo) lives and works between Lubumbashi and Brussels. He started in September 2019 his PhD artistic research project “Contemporary Kasala and Lukasa: towards a Reconfiguration of Identity and Geopolitics” at Sint Lucas Antwerpen.
A Chevalier des Arts et des Lettres, he has received numerous fellowships, awards and distinctions, notably at the African Photography Encounters of Bamako and the Dakar Biennale, and was a laureate of the Rolex Mentor and Protégé Arts Initiative. In 2019-2020, he was a resident of the French Academy of Rome – Villa Medici. Since 2018, he teaches at the Sommerakademie in Salzburg. Sammy Baloji co-founded in 2008 the Rencontres Picha/Biennale de Lubumbashi.
His recent personal exhibitions include K(C)ongo, Fragments of Interlaced Dialogues, Beaux-Arts de Paris (2021); Sammy Baloji, Other Tales, Lund Konsthall and Aarhus Kunsthal (2020); Congo, Fragments d’une histoire, Le Point du Jour, Cherbourg (2019); A Blueprint for Toads and Snakes, Framer Framed, Amsterdam (2018); Sven Augustijnen & Sammy Baloji Museumcultuur Strombeek (2018); Urban Now : City Life in Congo, Sammy Baloji and Filip de Boeck, The Power Plant, Toronto and WIELS, Brussels (2016-2017), and Hunting and Collecting, Mu. ZEE Kunstmuseum aan zee, Ostend (2014). He has recently participated in the Sydney Biennial (2020), documenta 14 (Kassel/Athens, 2017), the Lyon Biennial (2015), the Venice Biennial (2015), the Photoquai Festival at the Musée du Quai Branly (Paris, 2015).
In 2020, he was featured in the Power 100, the annual ranking of the “most influential people in art” by the British magazine ArtReview.
His first personal exhibition at Imane Farès, the installation 802. That is where, as you heard, the elephant danced the malinga. The place where they now grow flowers, took place in 2016, and is now part of the collection of Tate, London.