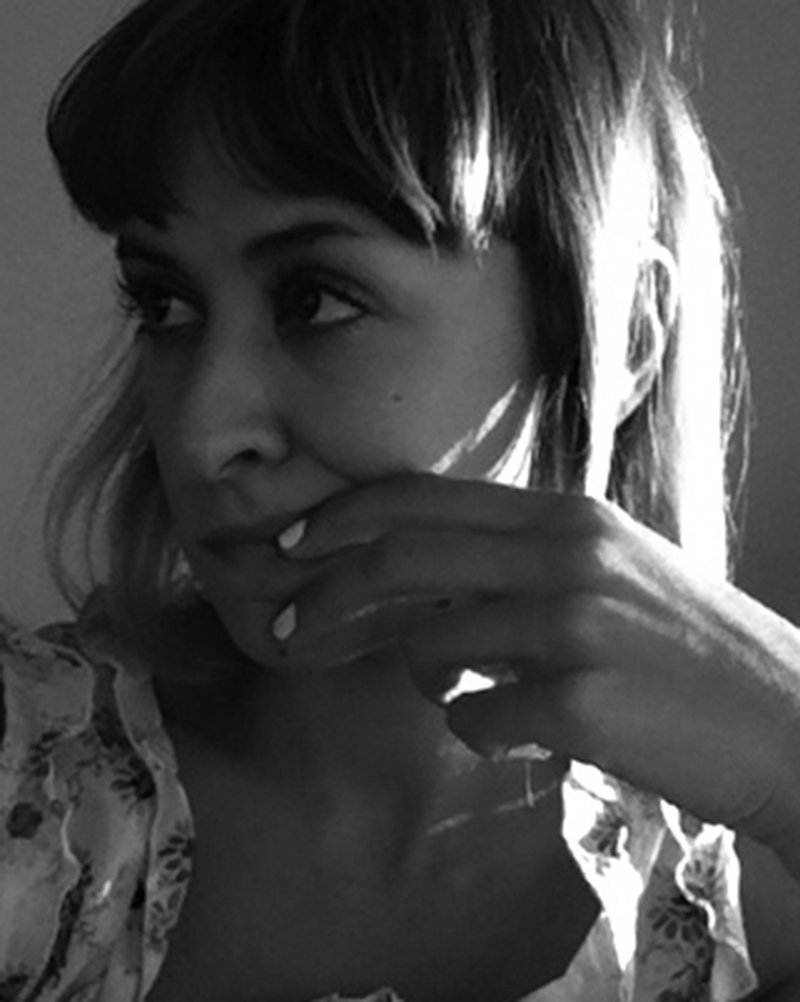 B. 1983, Kuwait (of Palestinian origin).
Lives and works in Berlin and Cairo.

Basma Alsharif’s work deals with the difficult transmission of the history of Palestine, between fiction and reality. Working primarily with film and multimedia installations, her images are seen through other images, frames collapse into other frames, space is familiar and anonymous, urban civilization and wildlife dissolve into each other as past, present and future collaborate on a single timeline. Places, temporalities and personalities merge, turning from raw, document-like images to a pre-apocalyptic landscape of paradise. Sequences may be filmed, recorded or collected in the media or social networks, giving rise to montages of complex plasticity. Text occupies a place as important as the soundtrack is distanced from it. Memory is in the midst of an uncertain and subjective mutation.

As Eyal Sivan commented: “Basma Alsharif’s work makes the claim for a generation of young Palestinian internationalist artists that the Palestinian perspective is in fact stronger than the metaphor of Palestine. This notion of a Palestinian perspective, of a gaze steeped in History and splintered by geography, means refusing to be enslaved, refusing to be merely a support for projection but instead providing a critical reflection on the nature of this projection.”

Basma Alsharif (b. 1983 in Kuwait, of Palestinian origin) grew up between France, the United States and the Gaza Strip, and currently lives and works in Cairo, Egypt. Her numerous films and audiovisual installations have been shown in numerous international festivals and museums. Among her recent personal exhibition: And Therefore A Philistine, SALT Galata, Istanbul (2020); A Philistine, CCA: Center for Contemporary Art, Glasgow (2019); Basma Alsharif, Museum of Contemporary Art, Toronto (2019); The Gap Between Us, The Mosaics Room, London (2018); Renée’s Room, Les Modules – Palais de Tokyo, Paris (2015). Her work was included in the Aichi Triennial, the Whitney Biennale – where her feature film Ouroboros premiered in 2017 -, the Sharjah Biennale and Manifesta 8. She has been nominated for the Paulo Cunha e Silva Art Prize (2019), the Abraaj Art Prize (2018) and was also part of the first group of artists to benefit from the Consortium Commissions programme of the Mophradat organisation.

Her first exhibition at Imane Farès, On Love & Other Landscapes, with Yazan Khalili, was held in 2013.